The PGA TOUR’s Waste Management Phoenix Open is internationally recognized and as being one of the largest Zero Waste events in the world. Since 2013, all tournament waste – more than 6.4 million pounds – has either been recycled, composted, donated, reused or used to create energy. 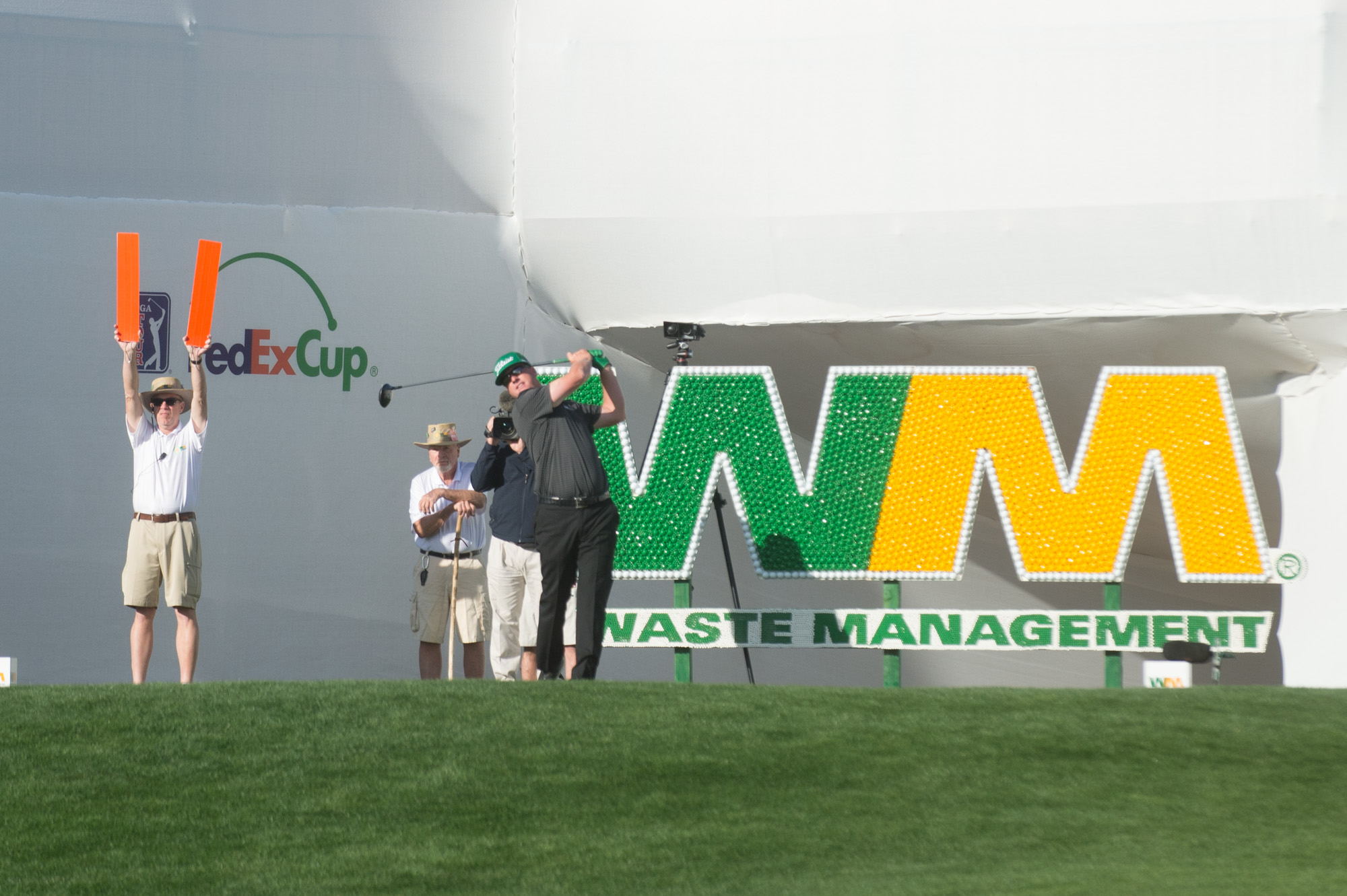 Vendors, sponsors and attendees are at the heart of all successful Zero Waste initiatives, and must show commitment before, during and after the tournament. The tournament host – The Thunderbirds – along with all tournament sponsors and vendors, use only recyclable, compostable or reusable materials.  Fans and players play an important role, correctly placing materials into either recycling or compost bins. All of this ensures the material is put to its next best use.

To reduce food waste, Waste Management works with tournament vendors to recover unused food and donate it to local non-profits. In 2018, 24,620 pounds of food was donated. 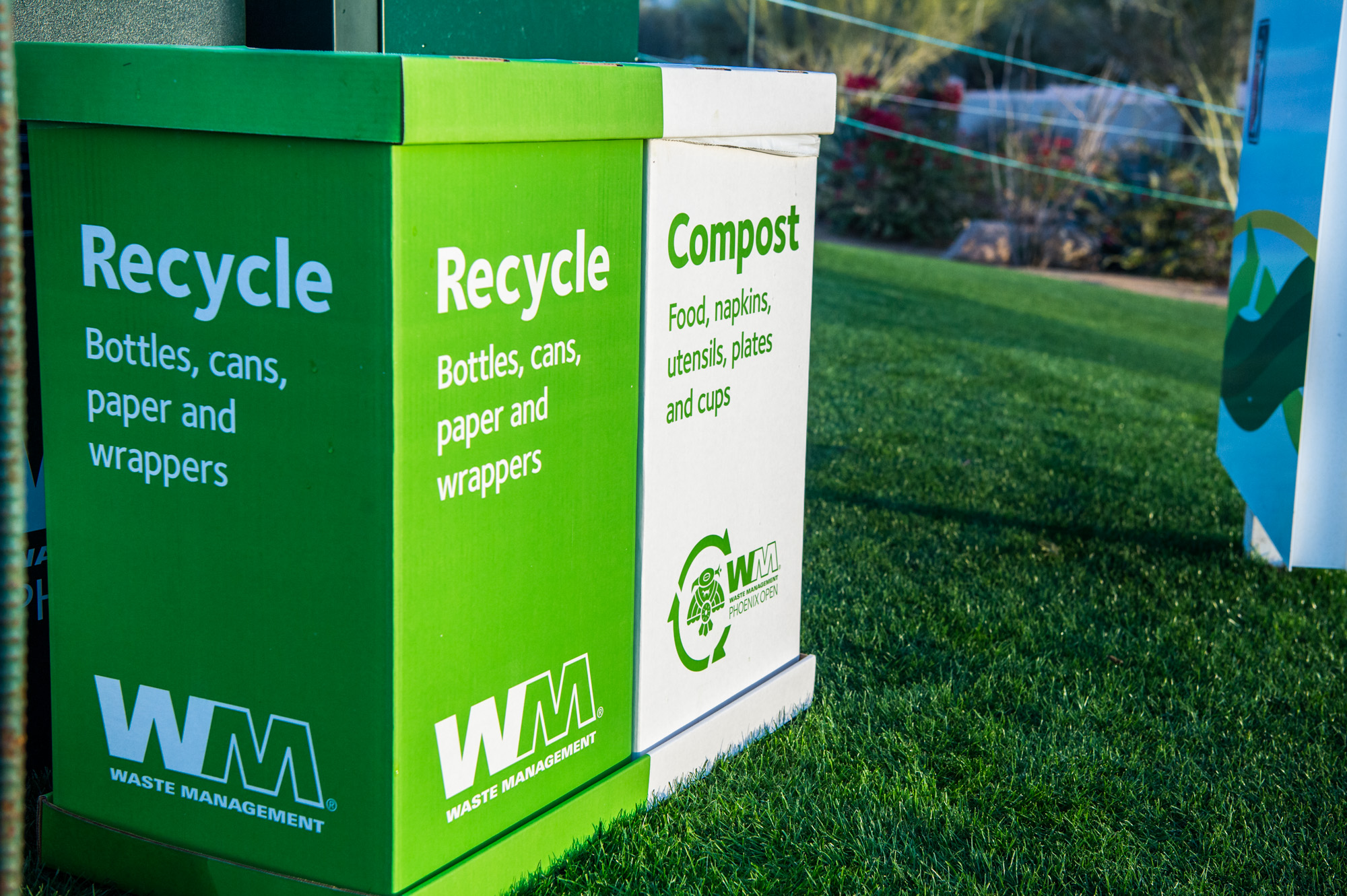 UL provides a transparent third-party verification of the tournament’s waste diversion and has done so since 2013. UL reviews the tournament’s procurement information and every weight ticket to understand where materials are initially delivered and where all waste streams are processed down the line.

Zero isn’t just associated with waste. The Waste Management Phoenix Open has reported its carbon footprint since 2010, and aims to mitigate its impact on climate change as a carbon neutral event. The tournament purchases 100% renewable energy from the local utility company, which powers all generators plugged into the grid, most of the golf cart fleet, and other power needs. The sun continues to be a great source of power for solar-powered and smart energy compactors and biodiesel is used in generators that aren’t plugged in. Reuse, recycling and composting avoids emissions associated with end-of-life and manufacturing products out of virgin materials. All greenhouse gas emissions from remaining tournament operations, professional and amateur player travel, vendor travel and volunteer travel are offset. 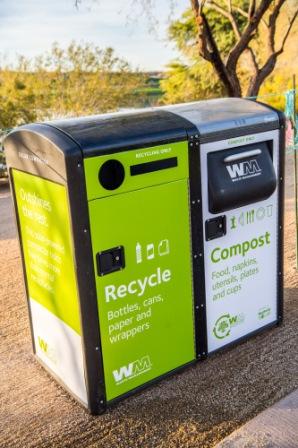 Looking beyond zero waste, the tournament recognizes that water is a huge issue to the desert southwest. The Waste Management Phoenix Open implements conservation measures to ensure water is used responsibly and limits pressures on the municipal water supply. Hand-washing stations use hand sanitizer instead of water, and Waste Management captures between 5,000 and 6,000 gallons of grey water each year. Since 2011, more than 37,800 gallons of water from cooking and cleaning have been reused in the portable toilets. 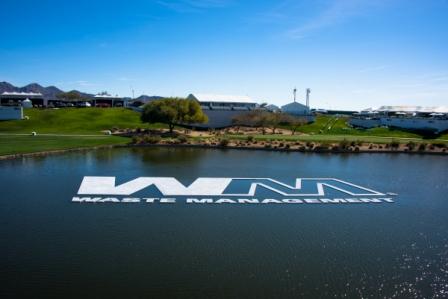 But is it enough? Working with Bonneville Environmental Foundation as a Change the Course sponsor, Waste Management and The Thunderbirds continue to support the restoration of Northern Arizona rivers and streams. This collaboration through the years, also supported by The Thunderbirds, M Culinary, Kohler and Coca-Cola, has restored 236 million gallons to the Verde River and other freshwater ecosystems in Arizona since 2015, including 75 million gallons of water in 2018. The Waste Management Phoenix Open is a water positive event.

In 2018, the Waste Management Phoenix Open maintained Evergreen Inspire status with the Council for Responsible Sport and achieved its second Golf Environment Organization (GEO) certification. The Waste Management Phoenix Open is the first PGA TOUR tournament to achieve both certifications and remains the largest event ever to achieve this level of recognition. 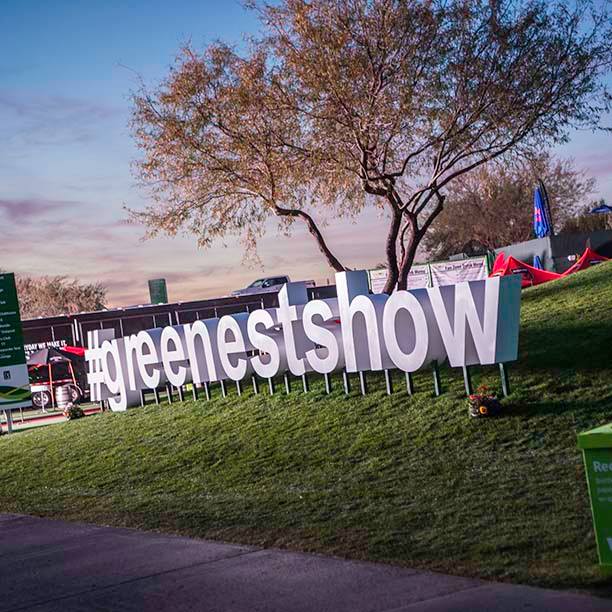 “The Waste Management Phoenix Open continues to be the leader in producing responsible sporting events,” said Shelley Villalobos, managing director of the Council for Responsible Sport. “This event continues to prove what is possible when groups work together toward a common goal.” 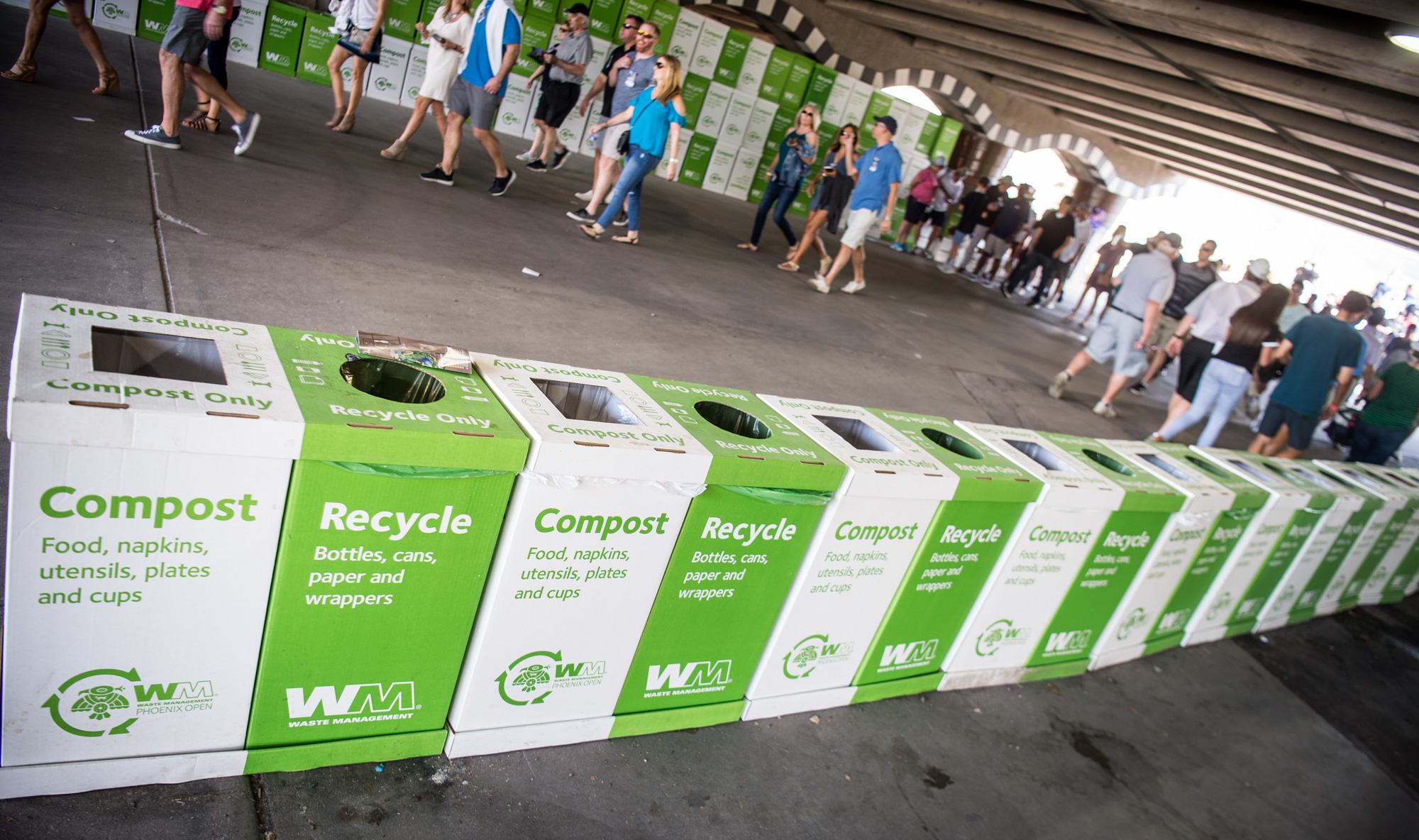 The 2019 Waste Management Phoenix Open, to be held January 28th – February 3rd, is a platform for highlighting Waste Management’s sustainability initiatives. Whether attending the tournament in person or watching at home, Waste Management hopes to inspire fans to ‘think green’, learn more about wasting less, live an environmentally responsible life and to pass on what they’ve learned in their communities, homes and businesses.