The NHL has worked with the two companies for two years in beta testing to support what will ultimately build upon their NHL Greener Rinks initiative. AEG and BluEco will further the NHL Greener Rinks mission by bringing the technology to professional and community facilities across the globe.

“Through our partnership with BluEco, we have introduced an innovative technology that addresses the two most critical issues facing hockey franchises and venue owners: the quantity of water needed to create ice sheets and the quality of the ice that forms,” said AEG President & CEO Dan Beckerman. “We also are excited to work on this with the NHL which shares our vision and commitment to sustainability. For more than a decade, AEG has been dedicated to reducing our carbon footprint and water usage, which is especially important in water-stressed areas like Los Angeles. Our mission is to facilitate the adoption this game-changing advancement with other teams and arenas, making an impact on hockey and conservation.” 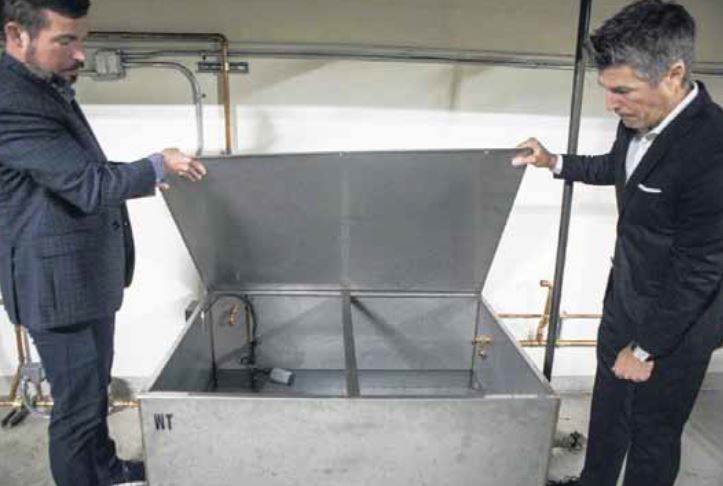 The proprietary BluEco Liquid Crystalline Turbex technology utilizes a molecular level environmental air-flow management system.  This innovative processor produces the highest quality of water while at the same time efficiently managing the interior air-flow, cleansing the air from particulates, and allowing for significant energy savings.  The formulated ice has fewer impurities and a clearer, harder, more dense surface.  Additionally, the technology eliminates an arena’s reliance on the municipal water systems to create and maintain its ice sheet.

As a result of the BluEco LCT system pilot program that was launched during the LA Kings 2017 – 2018 hockey season, STAPLES Center saved hundreds of thousands of gallons of water over the entire season and has also lowered the carbon footprint of one of the busiest and well-known arenas in the world.