Lew Blaustein
GreenSportsBlog, Writing At The Intersection of Green & Sports

While we don’t know if Super Bowl 50 at Levi’s Stadium in Santa Clara will be the greatest ever, we do know that the Super Bowl 50 Host Committee (dang, that’s a mouthful!) promised that game and the preceding week + of associated events will be the most sustainable Super Bowl ever. With Panthers-Broncos less than 2 weeks away, Neill Duffy, the Host Committee’s Sustainability Director, reports that the committee has made good on the promises embedded in its “4 pillars”: 1. Reducing impact on climate change by delivering a low emissions event; 2. Responsibly using materials and resources; 3. Inspiring fans to embrace sustainability personally; and 4. Leaving a lasting legacy. For GreenSportsBlog, getting fans, both attendees and TV/online viewers, engaged with greening efforts is the Holy Grail of Green-Sports. So we talked recently with Duffy to get a sense of how the fans will actually get involved with the greenest Super Bowl ever.

GreenSportsBlog: Neill, congratulations to you and the rest of the Bay Area Super Bowl 50 Host Committee on reaching the goals and targets in the 4 sustainability pillars with almost 3 weeks to spare. That said, while being able to deliver a low emissions event and use resources efficiently are big accomplishments, how is the Host Committee going to deliver on “inspiring fans to embrace sustainability personally” and leave a real lasting legacy?

Neill Duffy: Thank you for the congratulations, Lew, but, while we’ve delivered what we’ve promised with the 4 pillars, there’s still work to be done between now and game day to maximize fan awareness, involvement and, yes, to inspire fans to personally contribute towards our goal of delivering a Net Positive event.

GSB: What does Net Positive mean?

ND: For us, being Net Positive is about actively looking for ways to use Super Bowl 50 as a platform to do good – socially, environmentally and economically – for the benefit of the entire Bay Area. Which will go a long way to leaving that positive legacy.

GSB: Absolutely! So how is the Host Committee going about being getting fans involved with being Net Positive? 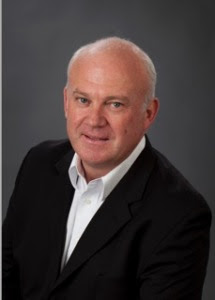 ND: The good news is we are doing it–through a new initiative called Play Your Part. We’re very excited about it–it’s a novel program that’s come together in the last two months which provides fans with simple ways to become greener personally and to contribute to the overall environmental health of the Bay Area.

GSB: How will that work, exactly?

ND: Starting on January 25th, fans will be invited to make a pledge to take at least one new Net Positive action…

ND: Exactly…or by riding your bike to Super Bowl City Presented by Verizon (the Fan Fest at the Moscone Center in San Francisco that will run for nine days, from Jan. 30until Game Day on Feb.7. It is expected to draw 1 million people.) So the fans take action by make a pledge at the Play Your Part website or by actually doing somethingNet Positive in person at Super Bowl City. By taking action, the fan gets 50 GoodCoins to distribute to one of 4 environmentally-focused charities in the Bay Area as chosen by the 50 Fund, the charitable arm of the Host Committee.

GSB: So the fan chooses which charity gets his/her GoodCoins–which, I take it, is converted into real money by whom?

ND: That’s right. Fans direct GoodCoins to the non-profit of their choice and the 50 Fund effectively converts those GoodCoins into cash. The 50 Fund will announce the 4 charities selected from an open application process on January 25th.

GSB: Got it! Now, how much money are we talking about?

ND:…and the remaining $200,000 will be earmarked by the ways the fans direct their Good Coins. And by pledging to take a Net Positive action, fans will be automatically entered into a sweepstakes^–the Grand Prize is 2 tickets to Super Bowl 50.

GSB: Encouraging fans to do good by allowing them to do even more good and, by the way, they can win stuff. I think this checks off the “inspiring fans to embrace sustainability personally” and the “legacy” boxes quite nicely.

ND: Thanks, Lew. Also I’d like to thank two of our partners who were instrumental in making Play Your Part a reality–Citizen Group, a San Francisco-based pro-social marketing and design agency brought the creative and strategic vision. And in/PACT*, a purpose-driven agency that develops technologies that connect every act of buying with an act of giving, developed the digital platform.

GSB: Sounds like Play Your Part is in the right hands. What else is going on during Super Bowl Week, legacy-wise? 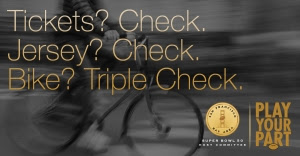 ND: On Thursday February 4th, in/PACT is sponsoring a conference, Purpose and the Power of Sport, that will examine the role of purpose in sports–for leagues, teams, brands and fans.

GSB: Is this open to the public?

ND: It’s invitation-only, Lew, but we will be recording it and will let you know where the recording will be available once we have determined this so you can share that with your readers. We have some great speakers who will explore the connection between purpose and sport including Jim Stengel, who was recently voted one of the top 10 marketing thought leaders in the world and Chip Bergh who is the CEO of Levi Strauss & Co and another thought leader on the topic of purpose. 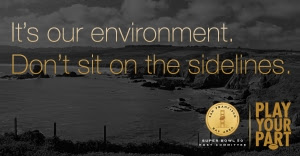 GSB:  Now, I know there’s still almost 2 weeks ’til the Big Game and there’s still much to be done, no victory laps taken. But it does look like, from a sustainability point of view, Super Bowl 50 has the earmarks being a big success. That said, are there any disappointments lingering for you?

ND: Well, looking at the big picture, we did what we said we’d do with the 4 pillars and by putting on the greenest Super Bowl ever. But, yes, there are frustrations–especially with some sustainability sponsor categories we weren’t able to close. #1 is that we thought we’d get a solar company to become a sustainability sponsor of the Host Committee….we are such a natural fit for each other.

GSB: I didn’t realize you didn’t land one. Surprising for sure…Why?

ND: There was a concern among the big players out here that important solar tax credits would expire at the end of 2015. This didn’t happen with the end-of-year budget deal in Congress, but by then it was too late. And we thought we’d get an electric bus (EV bus) deal done but it turns out there wasn’t a sufficient number of EV buses available out there….so we’re probably a year early on this front.

GSB: Now you did get sell some great, green sponsors…

ND: Yes, TerraPass is handling our offsets and helping us to offset the Host Committee’s scope 1 and 2 emissions. Klean Kanteen will distribute refillable water bottles to all 5,000 volunteers and 5,000 accredited media as well as promote #BringYourOwn. Nestee are providing us with renewable and sustainable diesel for Super Bowl City and our Fan Express. The Bay Area Air Quality Management District have provided funding for bike valet, public transit for volunteers and funding for one our legacy projects GoPlaces an Uber-like booking system and fund for school teachers to make it easy for them to take kids science and nature based field trips.

GSB: Well, there hasn’t been an undefeated team since the 1972 Dolphins, so a few losses amidst many wins is not a bad scorecard. Speaking of scorecards, how will the Host Committee report on the results of all of its greening efforts– to demonstrate that it indeed did make good on its promises?

ND: Good question. We will go live the week after the game with an online reporting platform that will be open to the public. It will report on how we did against our organizational and sustainability goals. TerraPass will provide us with a detailed audit on the offset program. Air District will audit our transportation emissions against targets.

GSB: Well, I know what I’ll be doing a week after the Super Bowl!

^ Sweeptakes will only be open to California residents.
*  Lew Blaustein of GreenSportsBlog has consulted on behalf of in/PACT in its work for the Super Bowl 50 Host Committee

Read more from the GreenSportsBlog.