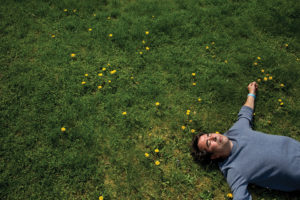 Back in 2004, the Philadelphia Eagles had recently moved into a brand new stadium and wanted to become more environmentally responsible. The team reached out to him to talk about paper, one of his areas of expertise. It wasn’t exactly exciting stuff, but Hershkowitz, then a senior scientist at the Natural Resources Defense Council (NRDC) with a track record of taking on ambitious projects, had done his homework: The Eagles’ TP supplier was Kimberly-Clark, which was getting wood pulp from forests in the southern Appalachians that were home to, you guessed it, real-life eagles. “The people at the Eagles’ stadium were wiping their butts with eagle habitat,” he recalls. “That’s what we call a branding liability.”

Standing in front of his Business of Sports and Sustainability class in a gray wool suit with a blue dress shirt unbuttoned to reveal a silver Om pendant, Hershkowitz smiles at the memory…