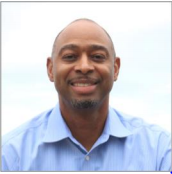 The Green Sports Alliance has named former Yum! Brands exec ROGER MCCLENDON as its new Exec Dir. McClendon was most recently the first-ever Chief Sustainability Officer for the parent company of fast food brands like Taco Bell, KFC and Pizza Hut. During his tenure, Yum! Brands was named to the Dow Jones Sustainability Index in ’17, while it was named in ’18 to the inaugural class of the U.S. Food Loss & Waste ’30 Champions, which are U.S. businesses and organizations that are pledging to take concrete steps to reduce food loss and waste in their operations. McClendon, who retired from Yum! Brands in April ’18, will make his first appearance in his new role on Thursday at Green Sports Alliance’s Sports & Sustainability Symposium at Arizona State. He said one of his first actions as Exec Dir will be to embark on a listening tour with alliance members and partners. “We have a global platform, and with collaboration and influence we really can move the world, but we need to engage our stakeholders, our partners and our fans and understand what the common issues are,” he said. “There is a great opportunity for the Alliance to take things to the next level and have a bigger impact in the global sustainability movement.” McClendon said that one of his goals will be to have the Green Sports Alliance “engaged beyond just environmental issues, moving to that next level of impact.” He noted the United Nations Sustainable Development Goals, an initiative launched by the U.N. in ’15 that not only includes environmental goals like clean water and sanitation, but also social and economic issues such as eliminating poverty, ensuring quality education and achieving gender equality.