Green Movement Must Tap Into Power of Athletes

Green Movement Must Tap Into Power of Athletes 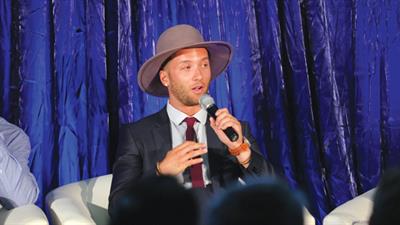 “You can use your voice for good, but if you don’t really care about the cause or believe in it, it’s not worth trying to force it.”
Brody Leven, Adventure Skier

The green sports “movement” continues its momentum, but sitting in on a day at the 2016 Green Sports Alliance Summit in Houston last month, there was a clear theme of who’s missing from this progress: today’s athletes.

There seems to be buy-in among many C-level sports executives, and everyone agreed that any successful environmental program comes from the top down. But athletes are a powerful constituency who are largely sitting on the sideline when it comes to supporting environmental and sustainability causes.

There are certainly exceptions: Edmonton Oilers defenseman Andrew Ference has been a leader in this space for years and was honored at the summit with the GSA’s Environmental Leadership Award. He is an impressive young man. Former NBA MVP Steve Nash is another athlete frequently cited for his efforts.

But in moderating two panels — one with team executives, one with current/former athletes and advocates — I was struck by a consistency of message. Environmental and sustainable programs are working on the team level; fans want and appreciate them; and they are good business. Most importantly, CEOs and ownership largely believe it is the right thing to do. But it was said time and again that to increase effectiveness of these efforts, players must become more involved.

As one team executive told me, “We’re doing some great things, but we just can’t get the players engaged.”

There were a number of reasons cited: the difficulty of understanding complex issues while focusing to be the best on the field; lack of financial opportunities tied to environmental causes; and the political and passionate nature surrounding such causes. There also was frustration among athletes for being called out by environmental advocates if they didn’t fully understand the issues or lead a dedicated “green life.” One remarked, “You get criticized for what you drive or the house you have, but you still need to live your life.” Polarization around the issues was cited, as well. One player said he tried to get teammates involved in a green-friendly “tailgate” event, but they hesitated, wanting first to check with their marketing managers in fear of upsetting any segment of their fan bases.

(Please note that a subscription to SportsBusiness Journal is required to see full article text.)