Green Innovation In Sport: How Future Stadiums Will Look

Green Innovation In Sport: How Future Stadiums Will Look 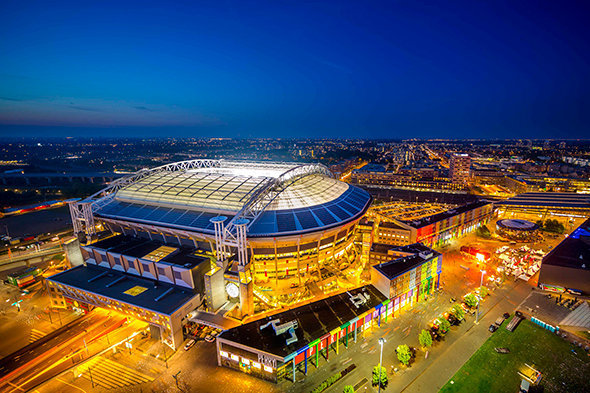 Nothing can compete with the atmosphere of a packed sports stadium. We go in our millions every week to arenas around the world where we cheer on our team, or maybe sing-a-long to our favourite band. But while there might be plenty of energy coming from the fans, the stadium itself tends to consume it at huge rates.

To give you some idea, the electricity used by Wembley Stadium’s floodlights for one match in London is equivalent to watching 20,936 football matches on TV at home. Then there’s the waste to think about, with anywhere in the region of 10-15 tonnes of rubbish produced per game in most stadiums. And that’s before we get into the size and impact of the structure itself, the materials used in its construction, and the means by which people get to and from the venue.

Stadiums and the smart city

For some years now, architects, designers, engineers and ecologists have been radically rethinking the stadium to bring it in line with environmental recommendations and our changing attitudes towards the planet. What’s more, stadiums are central to the concept of the smart city.

In environments where Information and Communications Technology (ICT) and the Internet of Things (IoT) will increasingly play a part, stadiums will become providers as well as consumers, proxy power plants, storing and transferring energy that will be used elsewhere. This is a trend we’re already seeing in other large structures, like the PricewaterhouseCoopers building in London and the Bank of America tower in New York.

One of the biggest innovations and best examples of a stadium integrating into the smart city concept is the world-famous Amsterdam ArenA (pictured above), home to the legendary Netherlands side, Ajax. Nissan, power management company Eaton and The Mobility House have developed an energy storage system that makes the energy management of the Amsterdam ArenA more efficient, sustainable and reliable.

It makes use of repurposed batteries from Nissan’s EV car, the LEAF – 280 of them in total. These batteries are used for back up power but will ultimately replace the stadiums diesel generators, providing four Megawatts of power and four Megawatts of storage capacity. The technology to operate the system in this complex setup was developed by The Mobility House.