Going Green: What’s in it for sports venue owners?

Going Green: What’s in it for sports venue owners? 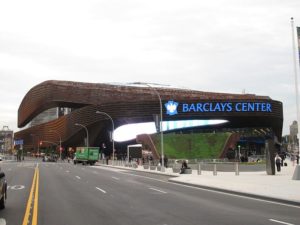 For today’s buildings owners, the philosophy is often the greener the better. Owners of professional sports stadiums, as it turns out, are no exception. According to the U.S. Green Building Council, there are at least 30 LEED-certified sports venues in use or underway in the U.S., and the organization said that number is growing.

In September, the Sacramento Kings’ pronounced its new $557 million Golden 1 Center the first indoor LEED Platinum-certified sports arena in the world and the first sports venue powered entirely by solar energy. Arena designers also repurposed construction materials from the structures that were demolished to make way for the Kings’ new home, resulting in more than one-third of the new building’s material recycled from the old ones. Designers even used recycled athletic shoes for the court surfaces.

The arena’s location is green as well. The site selection process, which resulted in a downtown location, took fan travel time into consideration and, by 2020, will have reduced air emissions by 24% and related greenhouse gas emissions per attendee by 36% as a result. This will keep a projected 2,000 tons of greenhouse gases out of the atmosphere each year.

The Atlanta Falcons’ new $1.5 billion Mercedes-Benz stadium is also on track for LEED Platinum certification, and the facility will be the first sports venue to earn all of LEED’s water-related credits. The stadium received federal kudos last year when the White House Office of Science and Technology Policy recognized it for its solar-powered electric-vehicle charging stations and enough solar panels to power 160 area homes.

But what, exactly, is it that drives sports facility owners to go green?

Dan Chorost, environmental attorney at Sive, Paget & Riesel, said there are a few reasons. Those include wanting to lead by example, enjoying the public relations benefits, saving money and fulfilling local requirements. The latter was the case for the water capture system at the Barclays Center, in Brooklyn, NY, which is home to the Brooklyn Nets and the New York Islanders.

Chorost said the facility’s 400,000-gallon underground system, which the city required, helps keep stormwater out of the city sewers during heavy rain. Unlike cities with somewhat more modern infrastructure, New York still uses the same pipes to handle both sewage and stormwater runoff, he said, meaning that when public agencies decide to divert water to avoid flooding, there’s a chance human waste could be dumped into the East River, the Hudson River or New York Harbor.