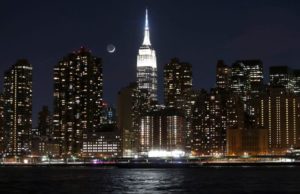 The world’s iconic buildings achieve celebrated status because their architecture stands the test of time. But what lies beneath those enduring facades?

Design and engineering evolve quickly, and many urban buildings—nearly half the office space in New York City was built before 1945—predate concepts like sustainability, climate change, and even recycling, resulting in waste and inefficiency.

Buildings consume 73 percent of the electricity in the U.S., and indirectly create 38 percent of carbon dioxide emissions—more than industry or transportation. To win the battle against climate change, cities will need to run on more efficient buildings. (See what makes a “green building.”)

These historic icons blazed a trail for other buildings to follow.