Formula E announced that its new Global Advisory board will be co-led by UN climate champion Christiana Figueres- one of the key figures who secured the landmark Paris Agreement. 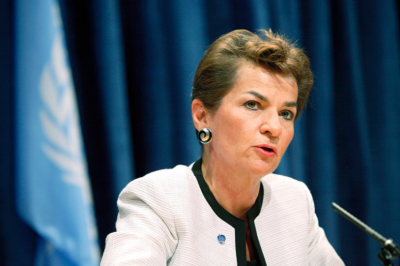 Christiana Figueres, best known for her work as Executive Secretary of the United Nations Framework Convention on Climate Change (UNFCCC), will join Alain Prost, the four-time Formula 1 world champion in leading the new Global Advisory board aiming to consult on topics including sustainability, media and business.

She said: “In order to meet the objectives set out by the Paris Agreement and prevent global temperatures spiralling out of control, we must have a need for speed and react quickly”.

“This unique forum at Formula E will allow us to bring great minds together with the same common goal, speeding-up the transition and use of electric vehicles in everyday life”.

Alejandro Agag, Founder & CEO of Formula E commented on the announcement by underlying the role of Formula E to perpetuate the climate action momentum.

He said: “Formula E is more than just a race, it’s a platform to inspire change – a change in perception, a change in attitude and behaviour, and a change in the way we live our lives and actively influence the future of our planet”.