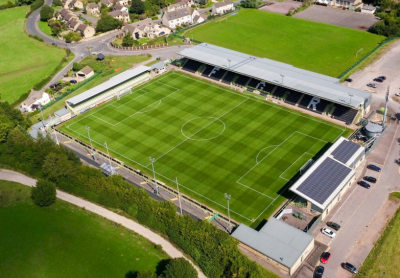 Forest Green Rovers, currently sitting in the fourth tier of English football, has signed up to the UN’s Climate Neutral Now initiative for the upcoming 2018/2019 season.

The move makes the small football club the first in the world to make such a commitment.

It is the latest in the club’s transition to sustainability following its purchase by Dale Vince, owner of local green energy company Ecotricity.

As chairman, Mr Vince has driven forward a change to an all-vegan menu; building electric vehicle charging points; new solar panels on its stadium roof, and even installing a solar-powered lawnmower.

The club’s radical transformation into a green sports pioneer has not gone unnoticed outside of its hometown of Nailsworth in Gloucestershire. Last year, The Vegan Society accredited the club with its own trademark and it also beat Manchester United to win a sustainability in sport award from The Climate Coalition.