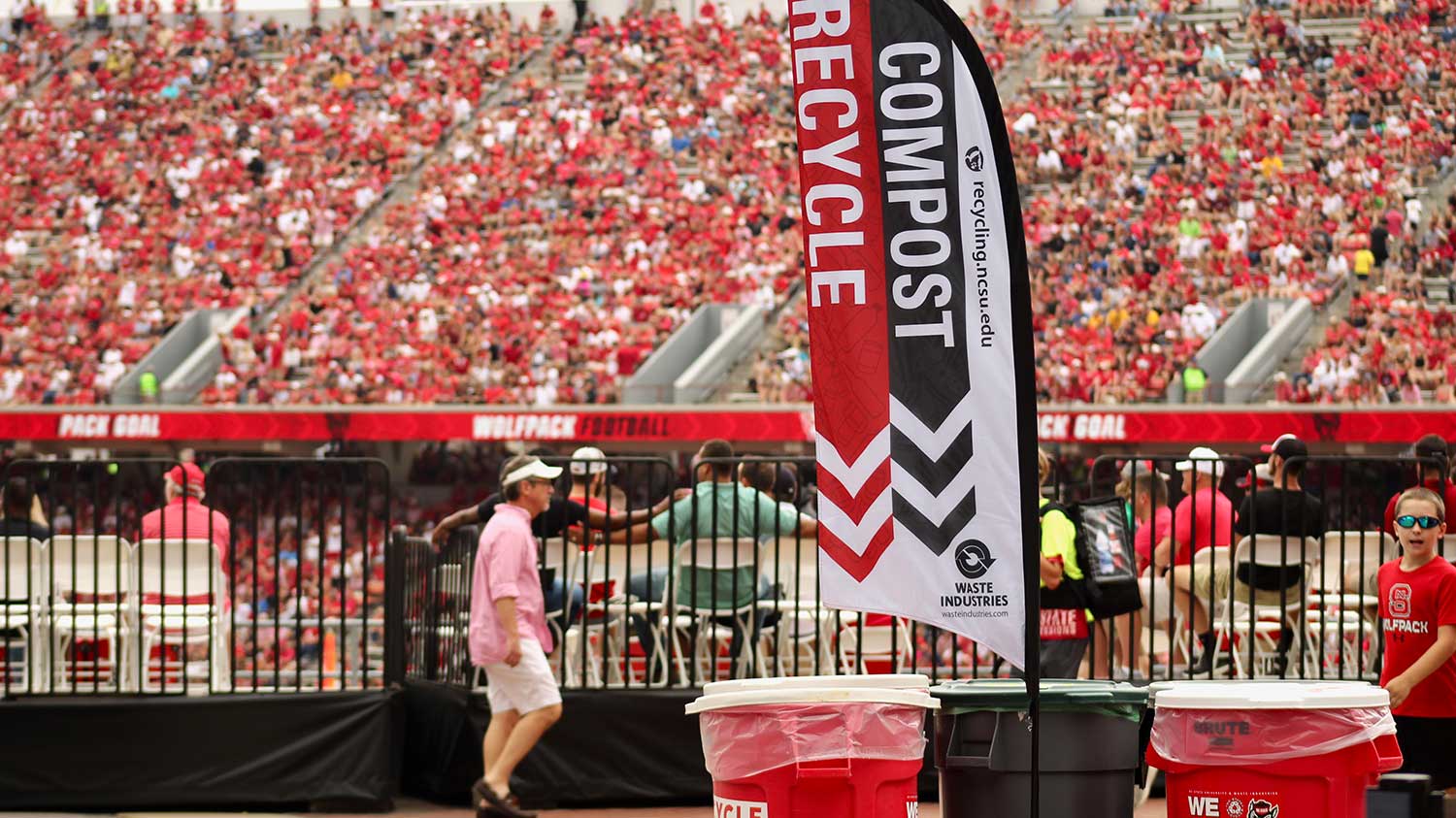 Zero Waste Wolfpack, the recycling and compost collection program in Carter-Finley Stadium, has been named a GSA Environmental Innovator of the Year for outstanding achievement in sports sustainability. The award will be presented on June 19 at the Green Sports Alliance Summit in Philadelphia.

Zero Waste Wolfpack is a partnership between NC State Athletics and NC State’s Waste Reduction and Recycling Office. Since the program’s launch, the waste diversion rate in Carter-Finley Stadium has improved from 18% in 2015 to 44% in 2018. That same year the program expanded to include recycling and compost collection at men’s soccer, women’s soccer, and track and field events on campus.

The success of Zero Waste Wolfpack is largely due to student and community volunteers, who have collectively served more than 3,600 hours helping fans sort and divert waste at university athletic events.