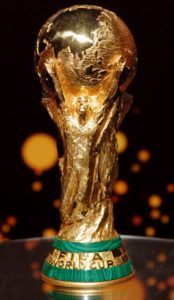 The Climate Neutral Now Initiative – launched in September 2015 by a group of organisations including Microsoft, Sony, the Adidas Group and Marks & Spencer – encourages organisations and individuals to reduce their carbon footprint and become carbon neutral by the second half of the 21st century.

By committing to this new initiative, FIFA reasserts its engagement to set a good example to others by placing sustainability at the heart of the organisation’s actions.