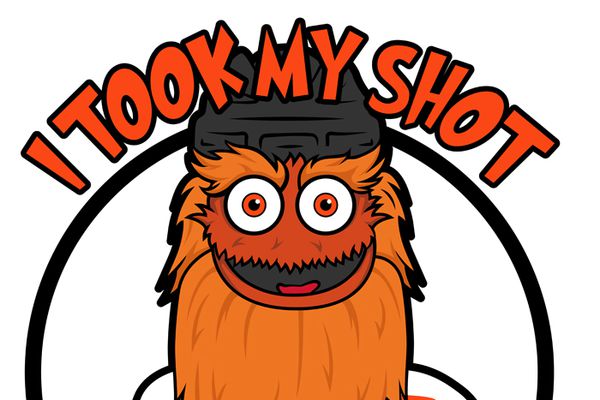 The Flyers are launching a vaccine campaign featuring their mascot Gritty, encouraging fans to get vaccinated.

With all adults now eligible for the COVID-19 vaccine, the Flyers are launching a campaign to encourage fans to get vaccinated.

Valerie Camillo, the Flyers and Wells Fargo Center president of business operations, said in an interview that Pennsylvania Gov. Tom Wolf and Mayor Jim Kenney had asked the team to launch the campaign.

“We did receive specific encouragement and an ask for help by the governor and mayor,” she said. “Recognizing that we have this powerful platform — and athletes and coaches and sports teams are role models and influencers — why wouldn’t we?”

The team launched a PSA on Tuesday featuring coaches, players, announcers, and physician Ala Stanford, founder of the Black Doctors COVID-19 Consortium. Stanford’s group will host Flyers personnel, including the mascot, Gritty, at the consortium’s Liacouras Center clinic Thursday. The team is also giving Stanford and the BDCC a $10,000 donation.

“We wanted to be sure that as we rolled out this vaccination campaign that we also focused on communities of color, which of course have been disproportionately impacted by the pandemic,” Camillo said. At the Liacouras Center clinic, Flyers staff will hand out hand sanitizer and stickers featuring Gritty (who also has a starring role in the PSA).

Gritty and company will also be on hand at Penn Medicine’s Radnor vaccine clinic Saturday.

The organization is directing fans to its website, where they can watch the PSA and find information on how to get a vaccine, through NBC’s online tool Plan Your Vaccine.

On the other side of the state, health officials announced Monday that the Pittsburgh Penguins will join the state’s “PA Unites Against COVID” vaccination campaign, displaying vaccine information at home games.

Several other professional sports teams around the country have participated in vaccine awareness campaigns, including the Milwaukee Brewers, whose players were vaccinated on-camera recently. (While Major League Baseball has promised teams they can loosen some COVID-19 restrictions once 85% of the team is vaccinated, the Phillies haven’t reached that threshold yet. Manager Joe Girardi received his second shot this week.)

The Flyers are the first Philadelphia sports team to launch a vaccination campaign, and a handful of Flyers players, as well as head coach Alain Vigneault, participated in the Flyers’ own PSA. Earlier this month, Vigneault said he had been vaccinated against COVID-19 and added he believes players and coaching staff who wanted a vaccine have gotten one.

“We are encouraging and helping players that haven’t been vaccinated yet to find out where to take their shot,” Camillo said.