Five Reasons to Commit to the Sports for Climate Action Framework

Five Reasons to Commit to the Sports for Climate Action Framework

By Claire Poole, The Sustainability Report 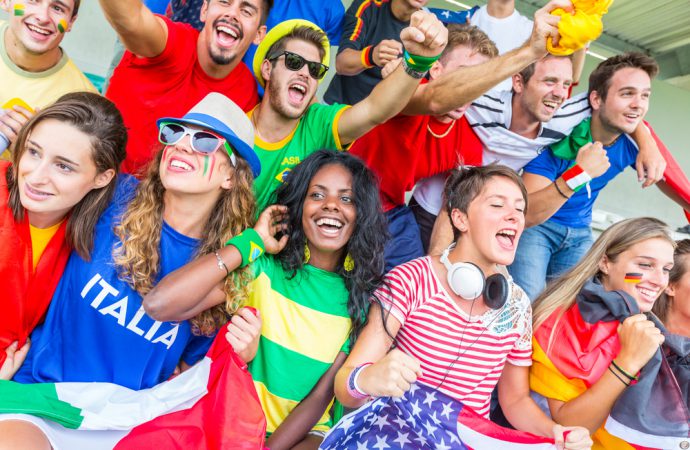 As the number of sports entities signing up to the UNFCCC framework increases by the week, those unaware or undecided have two options: watch from the sidelines or come out fighting, says Claire Poole

Sport is having a moment. The latest announcements from New York Yankees, the NBA, AEG and World Taekwondo that they would be adopting the UNFCCC Sports for Climate Action Framework brings the number of signatories up to 26 and counting.

These sports organisations have rallied behind a clarion call; to commit to measure, reduce, and report on their greenhouse gas emissions, as well as using their sport as a unifying tool to federate and create solidarity among global citizens for climate action. More signatories are joining all the time, but for those who are unaware or undecided, here are a few reasons why now is your moment, too:

1. Sport is being affected by climate change, right now

Air pollution has stopped play at cricket games in India, local football teams in the UK have been forced out of their stadiums by flooding, the landscape on which snow sports and outdoor ice hockey takes place are disappearing, extreme heat has disrupted tennis matches in the US and Australia and water sports are alarmed by the levels of plastic pollution where they work and train.

As well as environments being impaired, athletes being affected and individual events being delayed, some sports may see their event wiped out entirely by the rise of extreme weather events; as in 2012 when the New York Marathon was cancelled in the wake of Hurricane Sandy.

2. Sports business can’t thrive in a world in shambles

My good friend and Founder of Earth on Board, Philippe Joubert, speaks frequently about putting sustainability at the heart of business, and he often says “business cannot thrive in a world in shambles”.

Securing a long term, profitable future for stakeholders in sport is currently at risk due to the regional and global nature of sports business and the direct and indirect impacts of climate change. Direct risks include sporting event cancellation and interruption, fan and team travel disruption and supply chain impacts. Indirect risks include reputational risk linked to sponsorship and endorsements, changes in resource availability and cost, and how decision-making by customers, fans and investors is evolving. However, with the right strategy, these risks can quickly turn into opportunities for improvements in efficiency, cost cutting and long-term growth.

3. Fans may not be demanding it right now, but they will

Those who have ushered in new eras see beyond current demands. Motor car visionary, Henry Ford famously said: “If I had asked people what they wanted, they would have said faster horses.” (The irony of citing a car manufacturer in favour of combatting climate change is not lost on me).

Echoing Ford, Steve Jobs, co-founder of Apple, once said: “Some people say, ‘give the customers what they want’, but that’s not my approach. Our job is to figure out what they’re going to want before they do.”

We live in a time where 1.4 million school children in 125 countries are leaving the classroom and taking to the streets every Friday, demanding action to prevent further climate change. And where it’s become socially unacceptable to provide or use a plastic straw. Value and purpose-driven Generation Z (those born after 1995) are expected to become the largest generation of consumers by 2020. We don’t have to be pioneers of industry to see past current demands and seize this opportunity; we just need to react to what is in front of us.

4. Recognise it may not easy, but do it anyway

Sport is steeped in history and traditions which are not always environmentally friendly. Sport has to manage a complex web of relationships and competing agendas. Decision-making is often long winded and by committee, with multiple levels of buy-in and sign off needed. Making public commitments like the ones outlined in the Sports for Climate Action Framework is daunting within this landscape, and we know some of the changes needed to reduce greenhouse gas emissions may not be easy or happen overnight.

However – GOOD NEWS – you are not alone. We have social proof that committing to making these changes within this landscape is possible. Twenty-six organisations from governing bodies, teams, leagues and federations – from every corner of the globe and from grassroots to billion-dollar franchises – have signed on the dotted line.

5. Sport has a unique power to bring awareness to the issues of our time

From public health campaigns, political advocacy and empowerment – sport has always been a platform to cast a spotlight on bigger causes. Whether you’re a subscriber to the belief that athletes should stay in their lane or not, there’s no getting around the fact that they have power and cultural influence that cause ripple effects to the furthest reaches of the globe.

Your organisation has the power to make a difference.  So don’t look at what’s happening from the side lines or be a Monday morning quarterback. Take the gloves off, join the movement and come out fighting.

Claire Poole is the Founder of Sport Positive Summit, taking place in March 2020 and was a consultant to UNFCCC on the inception of the Sports for Climate Action Framework.