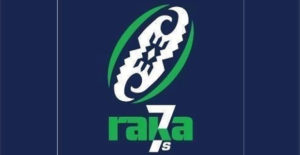 The first plastic free sporting event in Fiji and potentially the Oceania region has received international recognition for its efforts to reduce waste generated at a sports tournament.

The inaugural Raka 7s Rugby Tournament which attracted 64 men and 16 women’s club teams from the Oceania region in 2017 was recently announced as the Innovator of the Year by the global Green Sports Alliance for its efforts to significantly reduce the amount of single use plastic waste generated at the two day tournament that was held in Suva in November.

The official award presentation for the global Green Sports Alliance awards will take place on 26th June at Mercedes‑Benz Stadium in Atlanta, USA.

The 2018 Raka 7s Rugby Tournament will be held from November 30 to 1 December at the ANZ national stadium in Suva and is earmarked to attract a record number of men and women’s teams from across the Oceania region as well as enhancing its program on waste management.