Every Week Is NHL Green Week

Every Week Is NHL Green Week 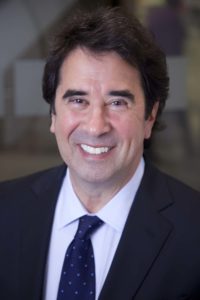 The NHL dubbed last week “NHL Green Week.” However, the fact is that the NHL promotes and practices responsible environmental stewardship all year-round. At the NHL, every week is Green Week, so there is much to celebrate. Since its inception, NHL Green has achieved many ecologically meaningful accomplishments.

There is much to acknowledge and admire about the work of NHL Green. To begin with, this month we celebrate all 30 NHL clubs becoming members of the Green Sports Alliance. What a compelling expression of the NHL’s commitment to environmental stewardship that is! NHL teams from all regions throughout North America have all come together as Green Sports Alliance members, in common agreement that taking care of our shared planet is the responsibility of all of us, including professional hockey.

There is much more: The NHL was the first (and remains the only) professional sports league to produce a sustainability report. NHL Green was able to produce that report because the league spent years developing an environmental data-gathering program so that its arenas could measure energy and water use, waste generation and recycling. Moreover, the NHL’s 2015 collaboration with Constellation Energy to offset the carbon emissions of all NHL games and operations, and to identify efficiency enhancement opportunities at NHL venues, was an important energy efficiency initiative that confirmed the sponsorship potential of sustainability in sports.

The NHL is the only sports league mandating the donation of prepared uneaten food at the arenas in which its games are played. Poverty alleviation is surely part of any vision of sustainability and the NHL is leading by example on that issue. Through its “Gallons For Goals” collaboration with the Bonneville Environmental Foundation the NHL supports the largest watershed restoration project of any sports league in the world. And while sports leagues tend to stay away from political policy debates, in 2012 Craig Harnett, the NHL’s Sr EVP and CFO appeared before the Congressional Bi-Cameral Committee on Climate Change to encourage government action on that critical issue. For its excellent environmental work the NHL has won awards from the EPA and other organizations. In 2014 the Commissioner of the NHL, Gary Bettman, was awarded the Green Sports Alliance’s Environmental Leadership Award, the top environmental award in the world of sports.

In listing the accomplishments of NHL Green in North America we might mistakenly overlook the global influence of what the NHL has accomplished: By changing the culture of the NHL, NHL Green has changed the culture sports, and by changing the culture of sports, making it more environmentally aware, NHL Green has helped to change the world. In North America NHL Green has helped de-politicize the discussion surrounding climate change. It has inspired other professional sports leagues in the USA and elsewhere to develop greening programs, and it has taken its message to the companies that make up its supply chain. And the NHL has taken its greening message to international audiences: I saw that first hand at the Paris COP21 climate negotiations where Omar Mitchell, the NHL’s Director of Sustainability, made compelling environmental presentations to audiences in Paris (streamed worldwide) comprised of business and sports industry representatives from throughout the world.

Accomplishing these things, building ecological sustainability into the mainstream culture of the National Hockey League, takes a lot of work, resources, dedicated staff and, especially, support from the league’s leadership. I know this because I’ve worked with NHL Green since its inception. When we worked on developing the NHL’s Sustainability Report there was no model to work from because no other sports league had ever produced such a report. Mobilizing 30 arena operators to share operational data, being transparent about what the NHL could and could not verify, was a very resource intensive effort, and yet, it was accomplished in a relatively short amount of time, in just a few years.

Why has NHL Green been so successful? An organization is the shadow of its leadership and, needless to say, NHL Green would not exist without the active support of Commissioner Gary Bettman. NHL Green is empowered by the commitment and stature of Commissioner Bettman, a true environmental champion. Though it seems to be an enviable job, it’s challenging to be Commissioner of a professional sports league. There are so many competing obligations. There are so many opportunities to explain why a Commissioner does not have to time to prioritize environmental stewardship. That is not the story of Gary Bettman. Commissioner Bettman is without doubt among the most committed environmental champions in the history of sports, and the success of NHL Green reflects his commitment.

Can the NHL save the planet on its own? No, of course it cannot. But the NHL can and has been moving the powerful sports industry towards ecologically healthy practices. In so doing NHL Green is shifting market and cultural attitudes towards the more sustainable practices we urgently need to adopt if life on Earth is to continue.