From The New York Times

SACRAMENTO — When it opens for the Sacramento Kings’ first home basketball game, the Golden 1 Center — which will have the capacity to hold 17,500 fans and is designed with online graphic and social media interfaces — will be more than the newest and most technologically advanced arena in the National Basketball Association.

The arena, which will cost about $500 million, will have aircraft hangar doors on its north side that open onto a public plaza anchored by a luxury hotel. There are also plans for more than one million square feet of retail, recreation, office and housing space.

The four-block development — total price about $1 billion — was previously occupied by an underperforming indoor shopping mall built in 1971. Mayor Kevin Johnson of Sacramento sees it as the catalyst for efforts to convert California’s capital into a hot spot for jobs, housing and entertainment. 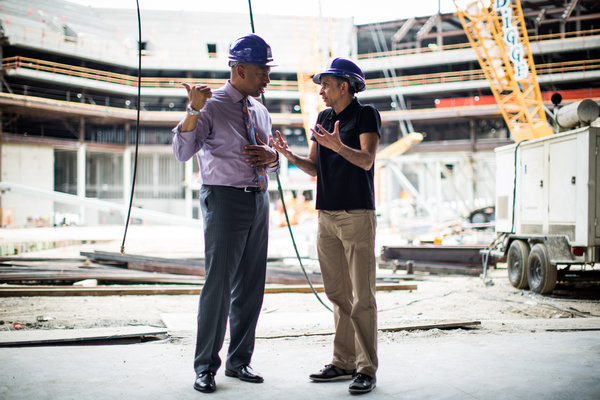 “It’s an amazing moment for Sacramento,” Mr. Johnson said during a ceremony in mid-June to announce that Golden 1 Credit Union, the Sacramento-based banking cooperative, had purchased the rights to the arena’s name for $120 million over 20 years. “We’re in a new era called Sacramento 3.0, where we do things differently and where we control our own destiny. It’s bigger than basketball. We’re revitalizing our downtown. It’s about civic pride.”

Read the full article from The New York Times.