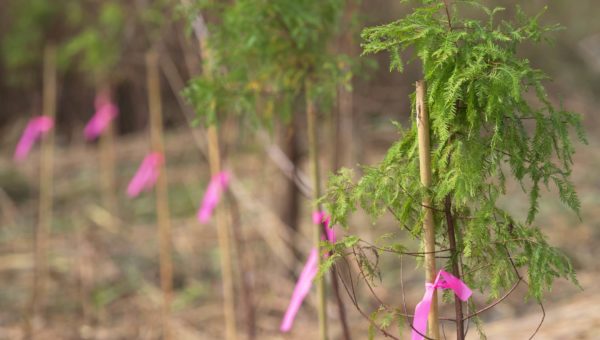 Worldwide Olympic Partner Dow has announced that its Olympic Games- and IOC-related carbon mitigation programmes have now reached combined reductions of more than five million tonnes of carbon dioxide equivalent (CO2e) of greenhouse gas (GHG) emissions since they were launched.

The programmes include the projects initiated with the Organising Committees of the Olympic Winter Games Sochi 2014 and the Olympic Games Rio 2016, as well as the carbon partnership with the International Olympic Committee (IOC).

The IOC’s carbon partnership was initiated in 2017 to balance the operational carbon footprint of the IOC and provide organisations outside the Olympic Movement with Dow’s solutions, which can reduce carbon emissions while catalysing change across value chains. It has allowed the IOC to become carbon neutral, offsetting the unavoidable emissions related to its operations between 2017 and 2020, including the construction of its new headquarters, Olympic House.

For example, through the IOC’s Olympic carbon partnership, Dow has partnered with the Restore the Earth Foundation to replant 200 acres of native bald cypress trees severely damaged by Hurricane Katrina in Louisiana, USA. This project is estimated to generate 40,000 tonnes of CO2 emissions reductions over a 40-year period. In addition to the carbon reduction benefits, the project serves as a line of defence to help protect more than 200,000 residents from future storms, while improving water quality and enhancing wildlife habitat.

Dow is also collaborating with Firestone Building Products to support the creation of an energy modelling tool to accurately describe reductions in cost, energy and greenhouse gas emissions of commercial structures that use innovative polyurethane roofing insulation developed by Firestone and enabled by Dow’s polyurethane raw materials.

“In line with our commitment to sustainability, the IOC measures its annual carbon footprint and implements measures to reduce it,” said Marie Sallois, IOC Director of Corporate and Sustainable Development. “Thanks to our carbon partnership with Dow, we have also been able to offset our unavoidable emissions for the period between 2017 and 2020. The results that Dow continues to deliver are now exceeding our operational emissions, creating a tangible, positive legacy.”

To date, the cumulative GHG reductions of 5 million tonnes CO2e resulting from Dow’s Olympic Games- and IOC-related carbon mitigation programmes are equivalent to the amount of CO2 sequestered by 6.5 million acres of US forests in one year. And in 2019 alone, the IOC carbon partnership led to the reduction of 655,000 tonnes of CO2e – equal to the emissions of 139,026 vehicles driven for one year. By 2026 – the end of the monitoring period agreed as part of the IOC-Dow partnership – the carbon benefits of the combined programmes are expected to total more than seven million tonnes of CO2e.

Nicoletta Piccolrovazzi, Global Technology and Sustainability Director for Dow Olympic & Sports Solutions, added: “With the concentration of greenhouse gases in the atmosphere rising to alarming levels, we need wider adoption of locally relevant solutions to accelerate the reduction of GHG emissions globally and transition to a more sustainable society. Our 2019 programme results speak to Dow’s commitment to delivering solutions that help reduce carbon emissions. The carbon partnership with the IOC has allowed us to provide customers and value chain partners with the opportunity to advance their sustainability knowledge, make their operations more efficient and showcase leading technologies.”

To further support the IOC in meeting its carbon mitigation goals, Dow also provided materials and technologies that helped facilitate the sustainable architecture of Olympic House. Dow’s materials included the silicone sealants used within the building’s façade. They helped reduce the operational carbon footprint of the building and improved its energy efficiency and air quality.

With a joint vision of accelerating climate action across the Olympic Movement, Dow and the IOC announced in 2019 a new programme to encourage and incentivise International Sports Federations (IFs) and National Olympic Committees (NOCs) to measure, reduce and mitigate the carbon emissions related to their operations and events. As part of the programme, carbon offsets are offered to IFs and NOCs that have joined the United Nations Framework Convention on Climate Change’s Sports for Climate Action Framework and implemented tangible action to reduce GHG emissions within their respective operations and events. Ten IFs benefitted from the programme in 2019. In 2020, the initiative is being expanded to include submissions from NOCs, in addition to IFs.