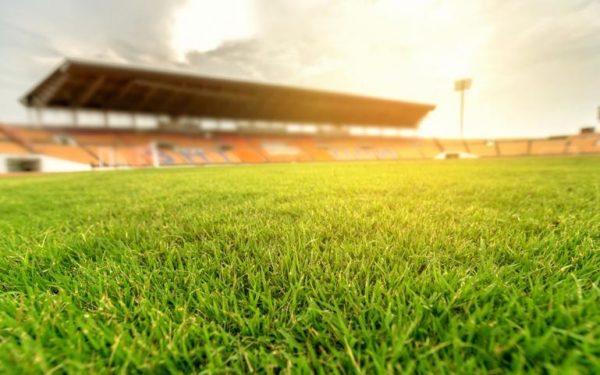 Dalila Jakupović was preparing to serve when she doubled over in a coughing fit. She tried to stand, but eventually she crumpled to her knees. The Slovenian tennis player was winning her first-round match at this year’s Australian Open when she could no longer breathe. As she withdrew, she wiped tears from her eyes with a towel her opponent offered.

“It was really scary,” she said the next day. “I didn’t know what to do. I had the feeling like I’m gonna collapse on the court. . . . The whole match was tough for me to breathe, to get some fresh air, to get some air at all.”

Jakupović has no history of asthma or breathing issues, but the bushfires that ravaged much of Australia in late 2019 and into early 2020 created unhealthy conditions for even the healthiest among us. The air quality in Melbourne the day Jakupović was forced to withdraw was in the “very poor” to “hazardous” range, with a noticeable thick cloud of smoke hanging in the air. And this wasn’t the first time someone struggled at the Australian Open for reasons unrelated to the backhand accuracy of the person on the other side of the net. In recent years, players have fainted, felt sluggish, and hallucinated (one saw Snoopy).

It hasn’t always been that hot in Australia in January, but a study found that the probability of having this type of uncontrollable fire—which killed hundreds of people (through direct fire exposure and smoke inhalation) and an estimated 1 billion animals—has increased by at least 30 percent since 1900 due to climate change. Researchers believe the reason for these increased odds is most likely a rising temperature.

Before COVID-19 postponed one of the world’s largest sporting events, there was worry that something else would derail the 2020 Olympic Games in Tokyo: climate change.

In the same time frame in 2019 that the games were scheduled in 2020—July 24 to August 9—the average high in Tokyo was 92 degrees, with humidity above 80 percent. This was 6 degrees higher than the 30-year average. Throw in thousands of athletes pushing their absolute limits and half a million spectators gathering to watch, and it’s a recipe for heat-related illnesses and even deaths.

As the world warms up, sports as we know them are on the verge of disappearing. Hotter heat waves, torrential downpours, rampant wildfires, and melting snow are all changing the game when it comes to outdoor recreation. What does that mean for the future of events like the Australian Open and the Olympics, and what are major sports organizations doing to both prepare for and reverse the effects?

Since 1998, Tennis Australia, which organizes the Australian Open, has had an extreme-heat policy that measures risk using factors such as radiant heat, humidity, air temperature, and wind speed. Depending on the risk level, players are provided with certain accommodations, including ice vests and longer breaks between sets. But is protecting participants enough—or does the organization have the duty to take things a step further and actively mitigate the effects of climate change?

So far, 125 organizations, including Tennis Australia, have made the pledge to work toward climate neutrality. They are focusing on initiatives including waste and landfill reduction at all events, introducing biodegradable and recyclable materials for food packaging, and reducing energy at Melbourne Park, where the Australian Open is held, through solar panels, LED lighting, and natural ventilation.

A recent report from the Monash Climate Change Communication Research Hub recommended moving the tournament to November or March, or extending the length so that there are more opportunities to play earlier and later in the day, when the heat is lower. “While neither option—playing the event at a different time of year or extending the tournament—is without risk, this is the unfortunate reality of outdoor sports in a changing climate,” the report says. Tennis Australia has not announced any plans to change the format or timing of the Australian Open.

For the next Olympic Games, now scheduled for 2021, the Tokyo Organising Committee will be using zero-emission cars and launched a Cooling Project that involves installing misters, offering frozen desserts, and considering allowing spectators to bring in their own bottled water. They’re also planning to adjust the schedule for outdoor events—for example, rugby sevens will stop all matches by noon, while mountain biking won’t begin until 3 P.M., in order to avoid the hottest part of the day.

On a longer-term level, the International Olympic Committee helped launch the Sports for Climate Action Framework and also works with the UN Clean Seas initiative to address plastic pollution. In March, the IOC announced that the Olympics would be “climate positive” from 2030 onward, meaning that the carbon savings will exceed the potential negative impacts of their operations. To help with that goal, the IOC will plant an Olympic Forest as part of the Great Green Wall project in Africa that’s tackling the effects of desertification.

“Climate change is a challenge of unprecedented proportions, and it requires an unprecedented response,” said IOC president Thomas Bach. “Looking ahead, we want to do more than reducing and compensating our own impact. We want to ensure that, in sport, we are at the forefront of the global efforts to address climate change and leave a tangible, positive legacy for the planet.”

Climate change isn’t only an issue for summer sports. Just three decades from now, more than half of the 21 cities that have already hosted the Winter Olympics won’t be cold enough to host the games again. In Canada, researchers estimate that the outdoor skating season may shrink by a third in eastern Canada and 20 percent in western Canada.

That’s of major concern to the National Hockey League. In 2008, the NHL partnered with the Natural Resources Defense Council to create an environmental program for the league, known as NHL Green. Six years later, they issued the first sustainability report from a North American professional sports league.

“Our sport is affected by climate change more than any other,” said Mike Richter, a former NHL goaltender, in the 2018 Sustainability Report. “Our game was born on the frozen ponds of North America. The availability of free ice creates the culture we love.”

Is protecting participants enough—or do sports organizations have the duty to take things a step further and actively mitigate the effects of climate change?

To help preserve that culture, the NHL offsets its emissions through certified renewable energy credits and carbon offsets, hosts a week dedicated to educating and engaging fans around environmental concerns, and facilitates communication among the clubs to help all reduce their impact. Every club collects food that’s been prepared but not touched and donates it to organizations in need, and three NHL arenas have installed fuel cell technology, which reduces utility consumption from the grid. They also started the NHL Greener Rinks Initiative to provide information about technologies and practices that community ice rinks can use to reduce their operating costs and environmental impact.

“With all that the National Hockey League is doing in terms of measuring and publicly being transparent about the footprint of the league, they’re setting a very good leadership example,” says Kristin Hanczor, senior partnership manager at the Green Sports Alliance, a nonprofit that works with stakeholders in the sporting world to become more sustainable and promote healthy communities.

Some sports organizations are driven by the moral imperative to reduce their impact, while others are more motivated by dollars and cents. Whatever angle they’re coming from, Hanczor says, there’s much that can be accomplished.

“We see a lot of different reasons for committing to more sustainable practices. There are organizations that feel like this is the right thing to do and have leaders who strongly believe in doing what’s right and using the voice of their brand to do good,” she says. “There’s also a general business case. A team or a league really is a business, and they need to look at sustainability the same way a company would—tracking impact and costs, monitoring energy prices, cutting and reducing waste, managing water use, switching to LED lights, using environmentally conscious products, investing in clean energy, etc.”

While the impact of every sport is different, there are some main areas where sports can have a big effect:

While league leadership like that of the NHL makes a powerful statement, much of the impact happens at the team level. Hanczor cites Major League Baseball’s Seattle Mariners and the National Football League’s Philadelphia Eagles as two teams that have stepped up and led the way.

“Sustainability-related fan engagement and education is something we’re looking for teams to do more of,” she says. “That’s where sports have some of the greatest power—being able to educate everyone who comes to the game by offering compostable products, creating public service announcements, and raising awareness about environmental issues.”

One recent example of fan engagement that Hanczor liked was at this year’s Super Bowl at Hard Rock Stadium in Miami Gardens, where Ball Corporation teamed up with Centerplate and Bud Light to offer its infinitely recyclable aluminum cups in place of typical plastic cups. It was better for the environment and didn’t detract from the fan experience—in fact, it enhanced it.

Those kinds of creative partnerships will have to continue. As marathoners scramble to enter races that won’t scorch their feet, competitive snowshoers search for enough snow in which to train (yes, that’s a thing), golfers tee up on soggy courses, high school football players collapse from heat stroke, and swimmers encounter lakes filled with algae blooms, the day of reckoning is here: What’s the role of sports in causing climate change, and how can the people who love them the most make sure they’re here to stay?

Will it be, as Bach envisions, that sport does more than just negate its own impact but becomes an agent of change? Or in the years to come, will athletes like Jakupović have to settle for coughing fits and fainting spells until there’s no longer an environment for sports to thrive in at all?

Even for fans of teams that perennially drop the ball, that would be a loss too heartbreaking to bear.