Discover the Women Athletes Who Are Inspiring a Generation

Discover the Women Athletes Who Are Inspiring a Generation 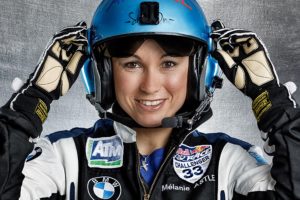 Enjoy this variety of current and historic achievements by some of the best female athletes in the world.

A recent recipient of the prestigious Laureus World Action Sportsperson of the Year, Atherton had essentially the perfect year. She won every single round of the World Cup, is unbeaten in 15 races and was once again crowned world champion. Understandably, the awards have come thick and fast for the 29-year-old.

At 32, American Vonn could have been forgiven for retiring long ago but last month became the oldest female world championships medallist with her bronze medal in the downhill at St Moritz. It also marked a seventh world medal in an already illustrious career, all the more impressive having broken her arm in a training crash in November, which has resulted in nerve damage which meant her right hand was still partially impaired.

The pressure was on Ivana Spanovic to deliver gold in front of an expectant home crowd at the European Indoor Athletics Championship in the Serbian capital of Belgrade. She didn’t disappoint. A heroic performance saw her jump seven meters and 24 centimeters, a new personal best and Serbia’s new national record. It was the third best indoor jump of all time, just 13 centimeters off the world record.