Congrats to our member, the Detroit Lions, for this outstanding accomplishment! 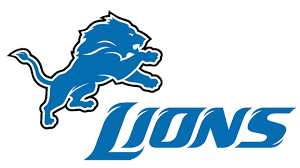 Now in its 15th year, this award recognizes an individual for outstanding performance in their work on particular projects as well as for the broader impact they are making for their organizations. Reddig and his recent work that is focused on sustainability and improved operations will be profiled in the February 2017 issue of Facility Executive.

“This award shines the spotlight on an outstanding member of the fast-paced, evolving facility management profession,” says Anne Cosgrove, Facility Executive Editor-in-Chief. “It is our honor to share the accomplishments of Fred Reddig with other members of the facility management profession. Since 2015, several projects headed by Fred have resulted in a nearly 20% reduction in electricity use at Ford Field. The upcoming article examines Fred’s approach to these projects that have helped to deliver the significant energy reductions.”

Working at Ford Field since 2014, Reddig’s projects at the stadium include LED lighting installations around the Detroit Lions playing field, throughout concourses, and in parking lots. Improvements to cooling towers and the chiller plant have contributed to two million gallons of water saved in 2016. And rather than replace the domed roof atop Ford Field, in 2016 Reddig decided to perform a restoration, preventing existing roof materials from going to landfill.