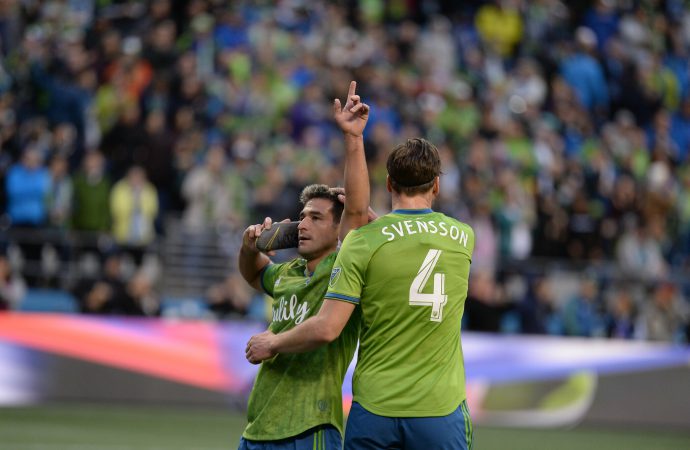 Since the turn of the year, MLS club Seattle Sounders and Real Betis of Spain have joined Forest Green Rovers to become the first batch of professional sports clubs to pledge climate neutrality.

It’s been a barnstorming start to the 2019 MLS season for Seattle Sounders. Four wins out of five – with a 0-0 draw against Pacific northwest rival Vancouver Whitecaps the team’s only blemish – represents its best start to a campaign since joining the league as an expansion franchise in 2009. Only Los Angeles FC, having played a game more, sits above the Sounders in the Western Conference rankings.

There’ll be a realistic expectation among the club’s supporters (widely recognised as one of the most fanatical sets of fans in the MLS) that the team can add more silverware to the MLS Cup victory it achieved in 2016.

But away from the field, the Sounders will be taking on a challenge that goes way beyond the winning of football matches and trophies – becoming totally carbon neutral by the end of the year.

A month before the new season started, the club announced that it was going to measure and reduce the greenhouse gas emissions cause by its operations and travel, and offset its unavoidable emissions by investing in conservation and tree planting projects in the region.

Indeed, the club offset all of its unavoidable emissions from 2018 (1,847 tonnes) by inviting fans and players to plant 370 trees along the Dumawish River with the help of its new partner Forterra, an environmental sustainability-focused non-profit from the Pacific northwest region (see image below).

The Sounders have also pledged to compensate for all fan travel as well as player travel in 2019. And getting supporters involved in the tree-planting offsetting project is part of the strategy for securing their buy-in when it comes to embedding sustainability and environmental consciousness firmly in the club’s core values.

“Step one is inviting fans to be part of the actual physical removal of the 2018 emissions,” says Taylor Graham, vice-president of business operations. “Step two is to get every fan to know they have choices when it comes to engaging with us. Method of transportation, for example, is an important part of that.

To promote low-carbon transportation options to fans, the team regularly highlights transit options that won’t make them have to “park and sit in traffic”. A bike valet, who takes responsibility for the parking and security of fan bikes, has also been employed at CenturyLink Field, the team’s home stadium.

Changing fan behaviour will certainly contribute to the organisation’s overall carbon footprint. And engaging the public on this topic gives the Sounders an opportunity to attract more spectators and deepen relationships with existing supporters. However, the majority of the reductions required to achieve climate neutrality will have to come from internal operations.

According to statistics published by the Sounders, almost a third (29%) of its carbon emissions come from CenturyLink Field, despite it being one of the most sustainable sports venues in the US (it has installed LED lighting, 15% of energy comes from solar panels and 95% of its waste is diverted away from landfill).

Sustainable Business Consulting – a Seattle-based firm whose chief executive, Kevin Wilhelm, is an “avid Sounders fan” – has been employed by the Sounders to calculate the club’s greenhouse gas emissions and suggest reduction strategies. Initial work on in-house reduction started 18 months ago, with the quest towards carbon neutrality framed as a gradual process.

“It literally started with a group of people in our office and it was 100% driven by culture. We live in a region of the US that is very sustainability-driven. The people in our office compost and recycle, so we formed a ‘Green Team’ to address the frustrations we had with business practices that were inconsistent with how we live from day to day,” says Graham.

“So, we put a flag in the ground and chose a couple of simple things – some low-hanging fruit – that we could change in the way we operate our business. Simple things like setting printer settings to print double-sided so, right off the bat, you’re saving 50% of paper consumption.”

Those quick wins escalated into a company-wide strategy to reduce emissions wherever possible. Offsetting last year’s emissions will now be followed by an analysis of energy consumption and where products and materials are sourced to see where further reductions can be made.

“We have three key words that we operate under,” adds Bart Wiley, the Seattle Sounders chief operating officer. “We want to be innovative, collaborative and ambitious.

“The ownership team allows us to be those three things and gives us freedom to explore new ideas. We live in a city that is environmentally conscious, and we want to make sure that as part of the community we’re mindful of our impact and how we can balance it out.”

Organisation on the road to climate neutrality and taking a holistic approach to sustainability can usually thank an owner or ownership team that are acutely aware of the perils of climate change, that have an understanding of their company’s negative impact, and that have the drive and resources to minimise that negative impact.

Forest Green Rovers, the English football club owned by renewable energy entrepreneur Dale Vince, became the first professional sports team to become climate neutral when it was certified by the UNFCCC’s Climate Neutral Now programme last summer. The team was also among the first batch of signatories to the UNFCCC’s Sport for Climate Action Framework that was revealed at COP24 in Katowice last December.

The club’s stadium is powered by renewable energy through Vince’s company, Ecotricity, all food is vegan and the pitch is organic. In terms of transport, Vince’s ambition is to secure an electric or hybrid team bus, while the club is working on a lift-share app for fans for the start of next season.

“It was very straight forward for us to systematically create a green football club,” he tells The Sustainability Report. “When we got involved in the club in 2010 it was like a rescue mission and we thought that we should bring the work we do at Ecotricity into the world of football and speak to a new audience.

After making carbon reductions in all three areas, the club offset its remaining footprint of 200 tonnes of greenhouse gas emissions by acquiring UN-certified carbon credits for sustainable development projects.

Since Forest Green made the commitment to both UNFCCC programmes, two further professional sports teams have pledged support for the each of the project.

Footballers playing for Spanish Primera División team Real Betis will run out for their league match against Valencia in two weeks in kits made from recycled material from the stadium – and embossed with the UNFCCC logo – after the club signed up to its Climate Neutral Now initiative.

The two-time Copa del Rey winner is currently in the process of selecting a company to measure the carbon footprint generated by its Estadio Benito Villamarín stadium and its training ground before reducing and compensating unavoidable emissions through carbon credits.

A new sports city being built by Real Betis close to its home city of Seville will be built with solar power for energy and a sustainable water treatment system to reduce its environmental impact further.

And Major League Baseball franchise New York Yankees – one of the most famous and valuable sports teams in the world – has recently become the latest sports entity to sign up to the Sport and Climate Action Framework, pledging to measure, reduce and compensate its carbon emissions going forward.

However, the team has so far stopped short of making the commitment to become totally climate neutral.

“I don’t think there is a sector that is on a par with what sport is capable of,” Vince explains. “If sport pursued climate neutrality it could have an impact like no other sector because it can engage with billions of people who are ultimately making decisions every day of their lives and about where to spend their money.

“That kind of grassroots pull will make the entire supply chain of the world start to provide the sustainable options that we need.”