Climate Change is Good for Surfing. Other Sports, Not So Much.

Climate Change is Good for Surfing. Other Sports, Not So Much. 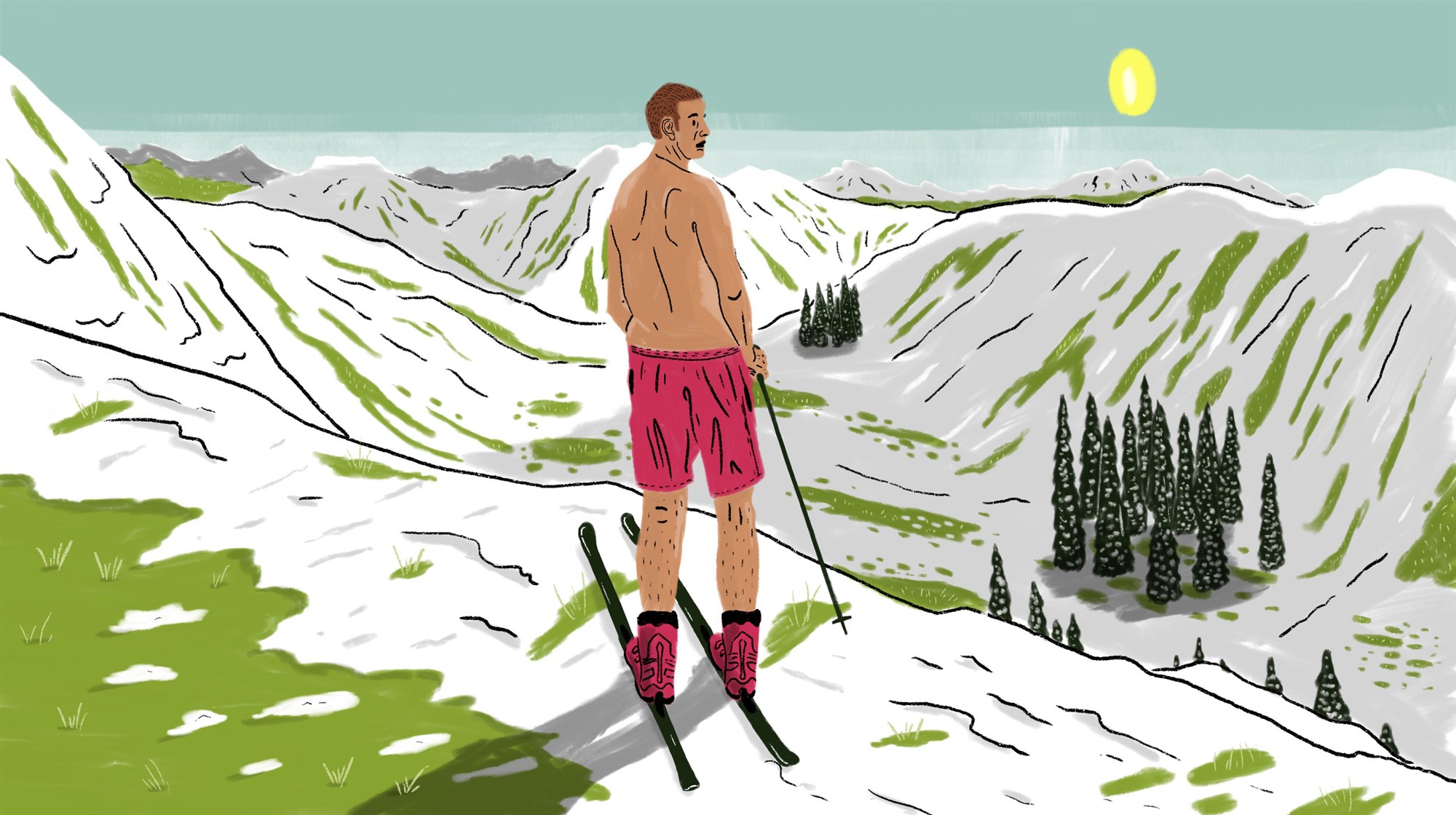 Climate change is making it difficult for ski resorts to keep their runs snowy enough for skiers and snowboarders. Organizers of other sporting events are also struggling to cope with global warming. Michael Wheeler / for NBC News

For the past two decades, Mark Sponsler has been tracking the world’s waves and, indirectly, the world’s changing climate.

“I’m the weather support guru for surfers who hop around the planet and chase waves,” says Sponsler, a self-taught forecaster in Castro Valley, California, who uses data from weather satellites and ocean buoys to predict ocean swells. “I have been watching the ocean temperatures rise. I hate to say it, but rising temperatures, at least in the short term, are favorable for big-wave surfing.”

Sponsler’s observation is spot-on. Recent studies show that as the world’s oceans grow warmer, waves are getting bigger and more powerful. “Like sea level rise, we can see a marker of climate change in the increased energy of waves,” says Borja Reguero, a researcher at the University of California, Santa Cruz, and an author of one of the studies. “The more energy, in general, the better conditions for surfing.”

But if climate change is a boon for surfing, it’s a bust for other sports.

High temperatures and extreme weather events are making it hard to maintain playing fields and golf courses in the summer and ski runs and skating rinks in the winter. A 2018 report warned that the golf industry faces a number of climate-related threats, including reduced availability of water for irrigation and rising sea levels. (President Donald Trump has proposed building a sea wall to protect his golf resort in Doonbeg, Ireland.)

And with high summer temperatures raising the risk for heat strokes — notably among runners and football, tennis and soccer players — event organizers are working to protect competitors and spectators.

Piers Forster, director of the Priestley International Centre for Climate at the University of Leeds in England, says climate change is even forcing the cancellation of some athletic events. Springtime flooding in the Midwest forced the cancellation of baseball games this year. In England, the rate of rain-affected cricket matches has doubled since 2011, according to that same 2018 report. And last fall, for the first time ever, the traditional Invercharron Highland games in Sutherland, Scotland, were canceled because of unusually hot, dry weather.

“The impacts will only get worse,” Forster says. “It is a good illustration of the way climate change does affect the day-to-day lives of individuals around the world.”

Sponsler tracks snow as well as waves, and in recent years he’s noticed that the heavy snows that ski resorts depend on now tend to arrive weeks later than in previous years.

Once again, science supports his hunch. An analysis by the Climate Impact Lab, a U.S.-based collaboration of 30 climate scientists and other experts, indicates that over the next 20 years, many ski resorts in the United States may be forced to open later in the season and close earlier — because of a sharp decline in the number of days at or below freezing.

To keep their runs snowy enough for skiers and snowboarders, resort operators are resorting more frequently to making their own snow or trucking it in, says Hans Peter Schmid, director of atmospheric environmental research at the Karlsruhe Institute of Technology in Germany. In addition to raising the cost of operating ski resorts, he says, those steps raise resorts’ carbon footprints.

Less snow has economic as well as athletic impacts.

During low-snow years, the U.S. ski industry takes in about $1 billion less than it does during average years and hires 17,400 fewer workers, according to a recent report. And the same weather conditions that complicate life for resort operators and skiers have similar effects on snowshoeing, snowmobiling, ice skating, ice fishing and other winter sports.

“Ice will become thinner and thinner,” says Michael Oppenheimer, a professor of geosciences and international affairs at Princeton University. “Just going ice skating on a pond will become less and less safe over time.”

Perhaps no sport is more vulnerable to climate change than dog mushing. As a result of warmer weather, organizers of the Iditarod Trail Sled Dog Race in Alaska have had to shift the historic route about 40 miles north. Areas that were once free of vegetation are now dotted with trees, while areas that once were covered in ice are now open water, says Chas St. George, interim chief executive and former chief operations officer of the Iditarod Trail Committee. “We go through Alaska’s largest mountain range, which has been susceptible to a number of different conditions that can only be attributed to a warming climate,” he says.

Organizers of summertime competitions are also scrambling to accommodate extreme weather. In 2018, for example, new policies were introduced for both the U.S. Open and the Australian Open to help tennis players cope with extreme heat. When temperatures reach certain thresholds, officials can now offer players a 10-minute heat break or even suspend play.

The Tokyo Junior Football league announced in May that it will prohibit youth soccer matches during July and August. Organizers of the 2020 Summer Olympics in Tokyo announced in April a shuffling of start times designed to help marathoners, race walkers, triathletes and rugby players avoid the midday heat. (The marathon course is also being coated with a heat-blocking resin to cool surface temperatures on the road.)

Meanwhile, many states have implemented new policies to protect high school football players from heat strokes. In Georgia, for example, football teams are now required to have a large ice-filled tub available on hot days. The moves began in response to a rise in heat stroke deaths — from an average of one player per year in the 1980s to about three per year by the 2010s, according to Grundstein.

Safety concerns extend even to children engaged in active play outdoors, according to University of Washington atmospheric scientist Dennis Hartmann. “If people can think of times when heat or air quality was an issue, just imagine those events becoming worse and more frequent,” he says, noting that high temperatures worsen ozone pollution. “We will increasingly see things that we’ve never seen before.”

Climate experts agree that there are means by which many sports can adjust to the changes, including moving sports indoors, enlisting snow blowers or irrigation systems or swapping out grass for weatherproof artificial turf. (Studies have found that fake grass, however, poses its own heat hazard — with surface temperatures reportedly reaching upward of 200 degrees Fahrenheit.) Iditarod trail-breakers can also continue to build ice bridges and cut down trees.

“People in rich western countries should be able to adapt effectively,” Forster says. “I’m more concerned for the participation of people in hot, developing countries.”

Sponsler lives just half a mile from a great surfing spot, but he knows the big waves he sees there come at a high cost. “I love big surf,” he says. “But I don’t want to see the planet decimated just so I can get waves.”