Cleveland changing name from Indians to Guardians after 2021 season

Cleveland changing name from Indians to Guardians after 2021 season 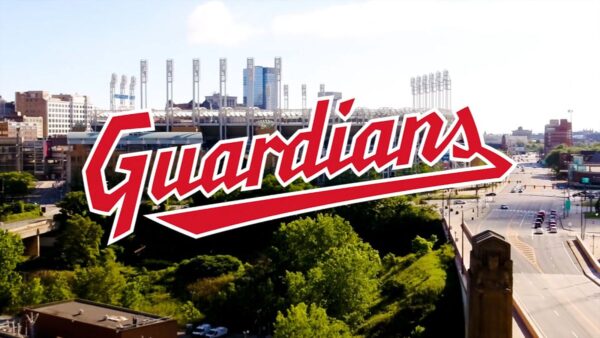 Known as the Indians since 1915, Cleveland’s Major League Baseball team will next be called the Guardians.

The ballclub announced the name change Friday with a video on Twitter narrated by actor Tom Hanks, ending months of internal discussions triggered by a national reckoning by institutions and teams to permanently drop logos and names considered racist. 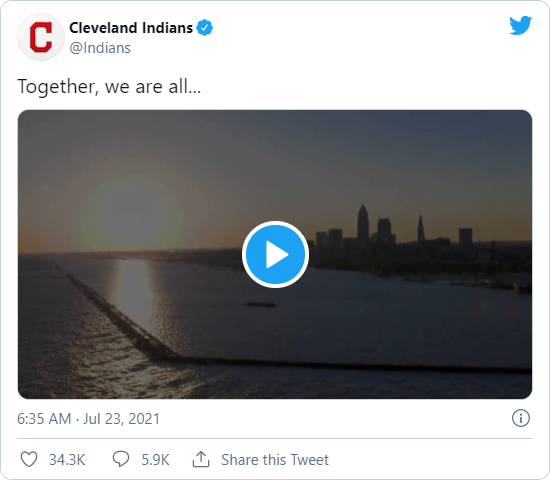 The name change is effective at the end of the 2021 season.

The organization spent most of the past year whittling down a list of potential names that was at nearly 1,200 just over a month ago. But the process, which the team said included 140 hours of interviews with fans, community leaders, front-office personnel and a survey of 40,000 fans, quickly accelerated, and the club landed on Guardians.

“We are excited to usher in the next era of the deep history of baseball in Cleveland,” Dolan said in a statement. “Cleveland has and always will be the most important part of our identity. Therefore, we wanted a name that strongly represents the pride, resiliency and loyalty of Clevelanders.

“‘Guardians’ reflects those attributes that define us while drawing on the iconic Guardians of Traffic just outside the ballpark on the Hope Memorial Bridge. It brings to life the pride Clevelanders take in our city and the way we fight together for all who choose to be part of the Cleveland baseball family. While ‘Indians’ will always be a part of our history, our new name will help unify our fans and city as we are all Cleveland Guardians.”

The team’s colors will remain the same, and the new Guardians logos will incorporate some of the architectural features of the bridge.

In 2018, the Indians stopped wearing the contentious Chief Wahoo logo on their jerseys and caps. However, the team continues to sell merchandise bearing the smiling, red-faced caricature that has drawn protests from Native American groups for decades.

“It is a major step toward righting the wrongs committed against Native peoples and is one step toward justice,” said Crystal Echo Hawk, executive director and founder of IllumiNative, a group dedicated to fighting misrepresentations of Native Americans.

The name change has sparked lively debate among the city’s passionate sports fans. Other names, including the Spiders, which was used by a now-defunct Cleveland team, were pushed by supporters on social media platforms.

“This is a historic moment for our franchise, and we are excited for our players and staff to debut our new team name and look in 2022,” president of baseball operations Chris Antonetti said in a statement. “We look forward to our team proudly representing the city of Cleveland as the Guardians.”

Cleveland’s change comes as the Washington Football Team continues to work toward a similar makeover. Washington recently said it will reveal a new name and logo in 2022.

The Associated Press contributed to this report. Read the original ESPN article here