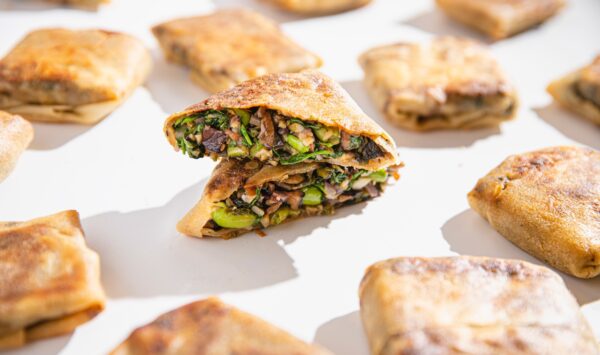 Campbell Finlay was the first customer in line.

Making excellent food is something the James Beard award-winning chef is know for, but recently, he’s put an emphasis on healthier cooking after his wife Polly was diagnosed with lung cancer nearly four years ago.

“And one of the things we decided is, ‘Okay, you’re going to go vegan,’” said Tsai. “Thank God for Dana-Farber. Thank you, Dana-Farber. They developed an awesome drug that she took that wiped her cancer out. But by going vegan, it really helped her recovery.”

Ming was helping Dana-Farber long before his wife’s cancer fight by supporting the Pan-Mass Challenge. He helped prepare food for PMC events, and rode in the event himself.

“I rode the 100 miles two years ago, it’s awesome. It literally was one of the best things I’ve ever done I think,” said Tsai.

And now a portion of the proceeds from MingsBings will go back to Dana-Farber.

Through July 29, MingsBings can be found on Jersey Street, starting two hours before each game and inside Fenway behind the bleachers.

“To premiere it here in Fenway, the premiere stadium in the country, it’s just so exciting for us,” said Tsai.