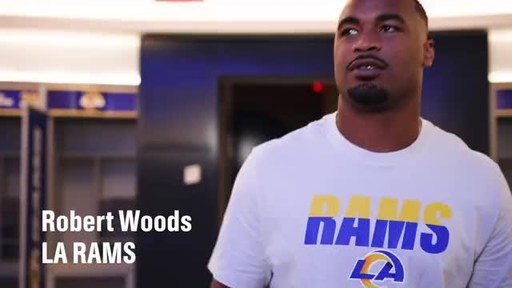 Castrol and the Los Angeles Rams today announced a partnership to drive change across the greater LA region and in communities across the country. With Castrol’s support, the Rams are taking actions to reduce their environmental impact through new sustainability initiatives across their operations, both at home and on the road.

With the help of Castrol, the Rams will offset carbon emission from air travel to away games throughout the entire 2021 season1 – an NFL first. Castrol and the Rams also are teaming up with Keep America Beautiful – the largest community improvement organization in the United States – to clean up waste in every city the Rams visit this season. These efforts highlight how small steps and teamwork can make a make a difference.

“The old adage goes, ‘Wherever you go, leave the world better than how you found it,'” said Rams Receiver Robert Woods. “As someone who has spent nearly my whole life in California, I’m proud to be part of an organization that takes serious steps to not only clean up its own backyard, but also contribute to improving the communities we visit throughout the season.”

“Driving change takes a team effort, and at Castrol we’re pushing ourselves and our partners to look for actions that can reduce impacts on the environment,” said Castrol’s Vice President of Marketing Rayne Pacek. “It’s exciting to bring together great organizations like the Rams, Roush Fenway Racing, and Keep America Beautiful to work together on the city clean-ups.”

The initiative is part of Castrol’s ongoing efforts to support its partners in achieving their lower carbon ambitions. Earlier this year, Castrol announced the first carbon neutral race team alongside Roush Fenway Racing and driver Ryan Newman. As a symbolic passing-of-the-torch and mutual sign of appreciation for sustainability, Newman welcomed Woods and the Rams (here) in a swapping of the helmets following their local cleanups with Keep America Beautiful.

“Our mission is to inspire and educate people to take action every day to improve and beautify their community environment,” said Helen Lowman, President & CEO of Keep America Beautiful. “That’s why we’re thrilled to work with partners like Castrol, Roush Fenway Racing, and the Rams who are inspiring us and others to take action to improve and beautify their local communities.”

For more information on how Castrol and the Rams are partnering to help drive change, visit Castrol.com/DrivingForChange or therams.com/footprint and follow the conversation on social at #DrivingForChange.

1 Emissions for team travel were calculated from data provided by the LA Rams. Using US emission factors, bp calculated the resulting emissions from the LA Rams travel schedule for the season on a wells-to-wheels basis. This accounts for the production, transportation, and use of the fuel for all flights to Rams away games.