Carbon Reduction in the Center of Attention of the Olympics

Carbon Reduction in the Center of Attention of the Olympics

By Around the Rings 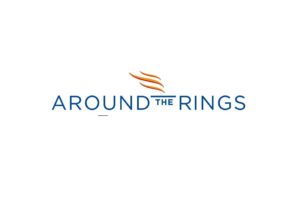 More than four years after Olympic Winter Games Sochi 2014, verified carbon reduction from projects initiated to balance the carbon footprint of the event has amounted to 2,752,803 tonnes of carbon dioxide equivalent (CO2e), more than five times the commitment made by The Dow Chemical Company (“Dow”) to the Sochi 2014 Organizing Committee in Dow’s role as the Games’ Official Carbon Partner.

Dow was also the Official Carbon Partner of Rio 2016 and in this capacity, Dow delivered the committed 500,000 tonnes of CO2e, balancing the estimated direct footprint of the Rio 2016 Organizing Committee, and an additional 733,677 tonnes of CO2e towards the broader aspirational goal of the Olympic Games ahead of the expected time frame. These data and status reports on the Olympic carbon reduction programs are published in a new carbon report specifically related to Dow’s collaborations with the Olympic Movement.

Sochi 2014 was the first Olympic Games to have the direct carbon footprint of the Organizing Committee mitigated even before the event’s Opening Ceremony while Rio 2016 had the most comprehensive carbon mitigation program, reaching beyond Brazil to introduce low carbon technologies across Latin America.

Dr. Nicoletta Piccolrovazzi, Technology & Sustainability Director for Dow Olympic & Sports Solutions, said, “This report transparently highlights the results of our work – both successes and learnings – and outlines our aspiration for a global and even more impactful program. The legacy of these programs goes well beyond the verified results to create broader industry impact during the many discussions with customers and experts throughout the implementation of these projects. Dow’s partnership with the Olympic Movement is showing the world that science and innovation in collaboration can deliver substantial environmental benefits and compelling business cases.”