Caps to Wear and Auction Green Warmups Jerseys Prior to March 16 Game. 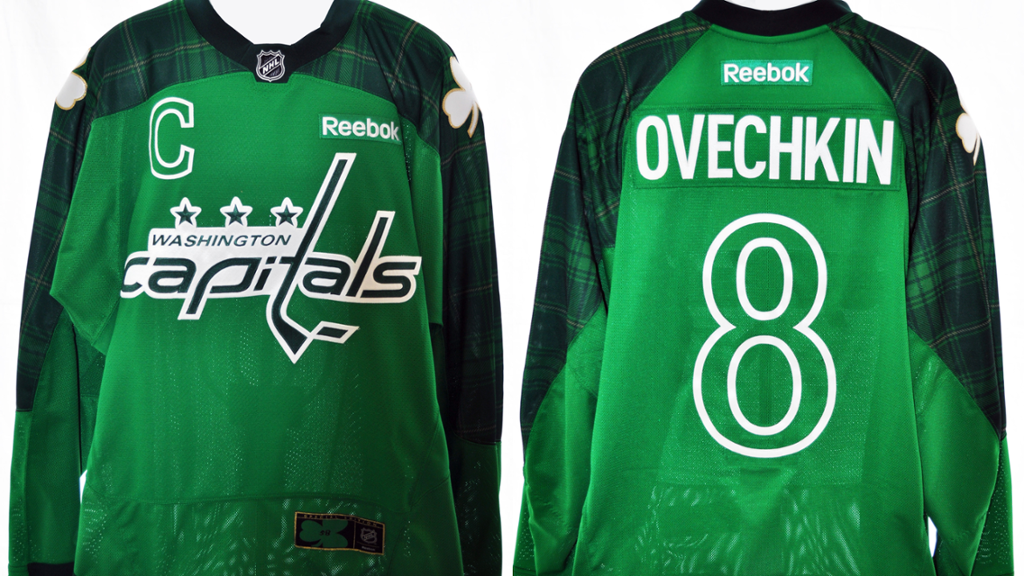 During Go Green Night on Tuesday, March 14, against the Minnesota Wild, fans will learn how they can take care of the environment through green-themed activations throughout the game.

Thursday, March 16, versus the Nashville Predators marks the team’s St. Patrick’s Day celebration, the final of the Capitals’ Holiday Series games. Fans who purchase a St. Patrick’s Day Holiday Ticket Package will receive a Caps St. Patrick’s Day party pack, while all fans in attendance will have the chance to participate in activations in honor of the holiday.

The auction will open at noon on Tuesday, March 14, on Handbid and will conclude at the end of the second intermission during the Caps game on March 16.

Auction items will be on display at the MSE Foundation table located on the main concourse at section 104 of Verizon Center during the Capitals game on March 16. Handbid is a mobile-based bidding app that fans should download on their iPhone and Android devices if they would like to participate in the auction. Fans should ensure their phones or tablets are well charged for the game and those without smart phones may bid on iPads supplied by the Capitals at the MSE Foundation table while the auction is open.

The mission of the Anacostia Watershed Society is to protect and restore the Anacostia River and its watershed communities by cleaning the water, recovering the shores, and honoring the heritage. The organization’s ultimate vision is to restore the Anacostia to a fishable and swimmable river for the health and enjoyment of all community members. The Anacostia Watershed Society was founded in 1989 by a small group of concerned individuals who decided that the environmental needs of the Anacostia River and its watershed communities required serious attention. Over the past 20 years, its staff and programming efforts have expanded significantly to encompass efforts in environmental education, stewardship, and recreation, as well as engaging the community through public affairs.