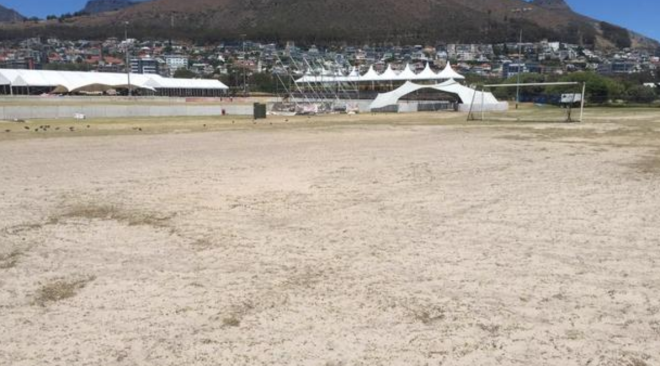 Cape Town, South Africa’s largest city with a population about the size of Los Angeles, is facing a catastrophic water crisis. Authorities have sounded the alarm that as soon as June 4 — ominously referred to as “Day Zero” — the drought-stricken city will have to cut off the taps to all homes and most businesses, leaving nearly all of the city’s 3.7 million residents without access to clean running water. How will the water crisis impact the city’s sports teams and events?

Rugby, soccer, cricket, cycling, and more have passionate followings among many of the “Mother City’s” 3.7 million residents.

But with June 4 expected to be the day the city runs out of clean, running water — considered to be the case when water levels in dams reach 13.5 percent — sports will find itself in an unfamiliar, yet wholly justifiable position: The back burner.

Before we get into how Cape Town’s sports teams and events are reacting to and are affected by the water crisis, let’s take a quick look at how the city got to this point.

NO WATER IN CAPE TOWN? HOW IS THAT POSSIBLE?

According to numerous reports from experts, for the last decade or more, Cape Town’s authorities have been forward thinkers and actors on water conservation. Writing in the February 9 issue of Vox.com, Zeeshan Alleem asserted that the city “worked hard to fix leaks in the pipes that distribute water across the city….Leaky pipes account for between 30 and 40 percent of a city’s lost water…Cape Town has reduced the amount of water it loses through leaks to about half of that. And in 2015…Cape Town even won a prestigious international award for its water conservation policies.”

Despite these successes and others, dams that were completely full just a few years ago now stand at about a quarter capacity and Day Zero is less than four months away. How did this happen?

The main culprits are a once-in-a-century, three-year drought, along with a dangerous lack of water supply diversification — Cape Town gets more than 99 percent of its water supply from dams that rely solely on rain; underground aquifers and desalination are not part of the mix. And, as University of Cape Town hydrologist Piotr Wolski told Laura Poppick in the February 13 edition of Smithsonian.com, climate change is serving as a crucial accelerant.