Can Sports Teams Be Role Models for Inclusivity?

Can Sports Teams Be Role Models for Inclusivity? 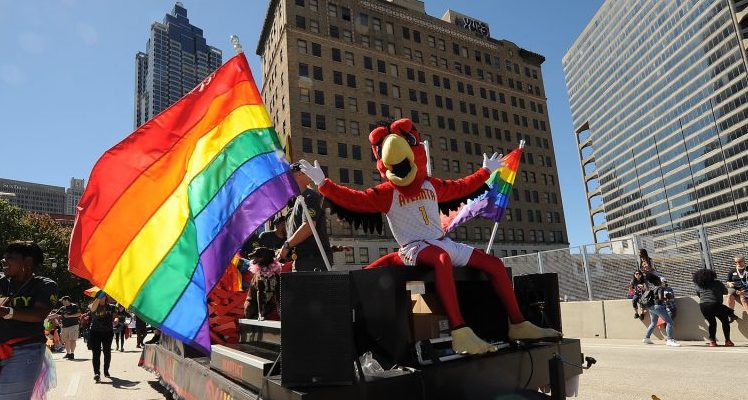 Last week, I had the honor of speaking on the mainstage at the 8th annual Green Sports Alliance Summit. It was my second time speaking, but six years ago the topic was what you would expect from WeSpire at a sustainability conference:  how to inspire people to save energy, waste, water and fuel. This year, the topic was “Inclusive Culture: How to Create Safe and Empowered Workplaces and Fan Zones.” As I sat on the stage with the first ever head of diversity for an NBA team, Nzinga Shaw from the Atlanta Hawks and Philips Arena, I reflected on how much convergence has taken place in the sustainability and diversity and inclusion fields, which has directly influenced how WeSpire has evolved to meet these needs.

Green Sports Alliance Board member Jen Regan, who facilitated the panel, said they added diversity and inclusion as a focus to the Summit because “our ability to improve the environment is intrinsically linked with our ability to include all members of our community. The Green Sports Alliance wants to set the leaders of the sports industry up to win for now and the future which means focusing on both social and environmental impact.” We’ve seen similar expansions at other major sustainability conferences like Greenbiz and Sustainable Brands. What links these two seemingly disparate topics are actually similar underpinnings: urgent need for changes in practices and behaviors, a rapidly changing culture, the need for alignment amongst business practices (ie are you really a sustainable company if you are net zero but turn a blind eye to racial discrimination) and the ability for the “right thing to do” to also be the “smart thing to do” in terms of ROI.

I found the journey of the Atlanta Hawks to be incredibly compelling. What inspired hiring a Chief Diversity Officer initially was a crisis – driven by racially tinged, disparaging remarks made by a now former owner and coach. What has emerged is a playbook for how a professional sports team can be a role model for a community of what inclusivity looks like. And how valuable that is to the team, employees and fans. As the CEO of the Atlanta Hawks said, “We don’t see ourselves as a sports team. We see ourselves as a cultural touchstone for Atlanta. We see ourselves as a unifying force that brings together black, white, Muslim, [and] Jewish [people]. Everyone can agree on wanting a great sports team in Atlanta. So the ownership changed, the culture has changed, and we’re just in the infancy of it.”