Bundesliga Aims To Become First Carbon-Neutral League In The World

Bundesliga Aims To Become First Carbon-Neutral League In The World 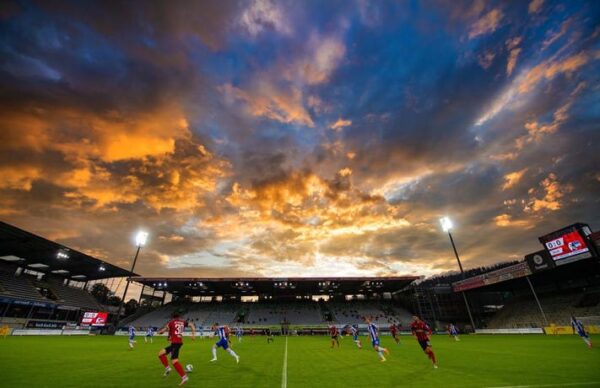 On Thursday, Aug. 19, the Deutsche Fußball Liga (DFL), which governs the German Bundesliga and Bundesliga 2, announced that the clubs would vote in December to include sustainability as a part of the licensing process. As a result, the Bundesliga aims to become the first environmentally sustainable league in the world.

The decision to include environmental sustainability, with the long-term goal to become carbon-neutral, in the DFL’s licensing program is one result of the Taskforce Zukunft Profifußball (task force for the future of professional football). Environmental sustainability is one of the key topics that the task force, with 36 experts from sport, society, politics and business, has worked on over six months. Other topics also include economic sustainability, dialogue with fans, career opportunities for women in professional football and aiding the growth of women’s football.

“This is only the first step of a marathon,” Christian Pfennig, member of the DFL management board, said in an exclusive interview. “Our goal is to anchor sustainability oriented to the United Nations’ Sustainable Development Goals as another key factor in our licensing program by 2022/23. Then the following year, we want to introduce incentives, but also sanctions should a club fail to meet the minimum criteria.” The exact criteria will be developed together with external experts in the coming months.

Pfennig highlights that sustainability has long been a big topic for Bundesliga and Bundesliga 2 clubs. SC Freiburg’s Schwarzwald-Stadion became Germany’s first solar-powered football stadium in 1993. Freiburg’s new stadium, which is expected to open in October, will take it a step further. The facility will be solar-powered, have green energy storage and plug-in charging stations with the aim to become climate-neutral.

Freiburg is just one example. Bundesliga 2 side Werder Bremen also has solar panels installed on the roof. Other Bundesliga clubs have similar initiatives. In October 2010, 1. FSV Mainz 05 was declared the first carbon-neutral club in the Bundesliga. 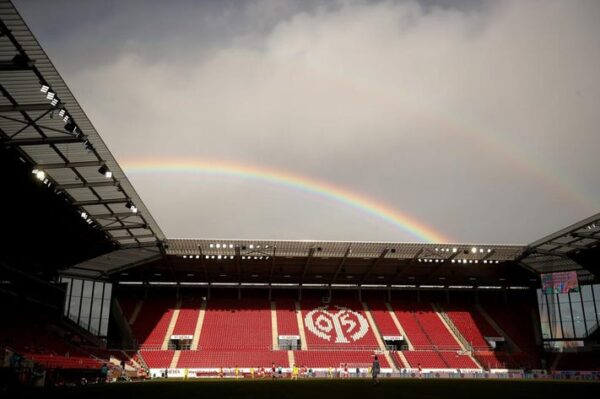 The clubs’ measures in the area of ​​sustainability have so far mostly taken place individually, often in the context of regional or local conditions. The DFL now wants to streamline the different approaches into coherent criteria. “The academy systems and the implementation of SLOs are a good example where the DFL licensing had a significant impact,” Pfennig said. “The most important step now is to create a framework for the different clubs that are part of the DFL, from a Champions League participant to teams promoted from the 3rd division.”

It is a significant undertaking. But the DFL, and its shareholders—the 36 clubs of the first and second division—believe that football has the power to be a role model when it comes to social issues. The league, however, is also realistic when it comes to achieving its goals.

“There is no ideal world or ideal football,” Pfennig said. “We are aware that we will have to adjust our goals, also taking into account the background of an enormous change in all areas of life. That’s why we need a framework and always work in improving our goals.”

It would not be the first time that the DFL and Bundesliga clubs would set the benchmark for other professional leagues worldwide. The academy systems of Bundesliga clubs and the league’s and club’s work with fans, which are both parts of the licensing framework, have been copied around the world. The Bundesliga was also the first major league on the planet to return to the field during the COVID-19 pandemic thanks to a well-worked out hygiene protocol, which, in turn, led to the return of sport around the world.

Manuel Veth is the editor-in-chief of the Futbolgrad Network and the Area Manager USA at Transfermarkt. He has also been published in the Guardian, Newsweek, Howler, Pro Soccer USA, and several other outlets. Follow him on Twitter: @ManuelVeth