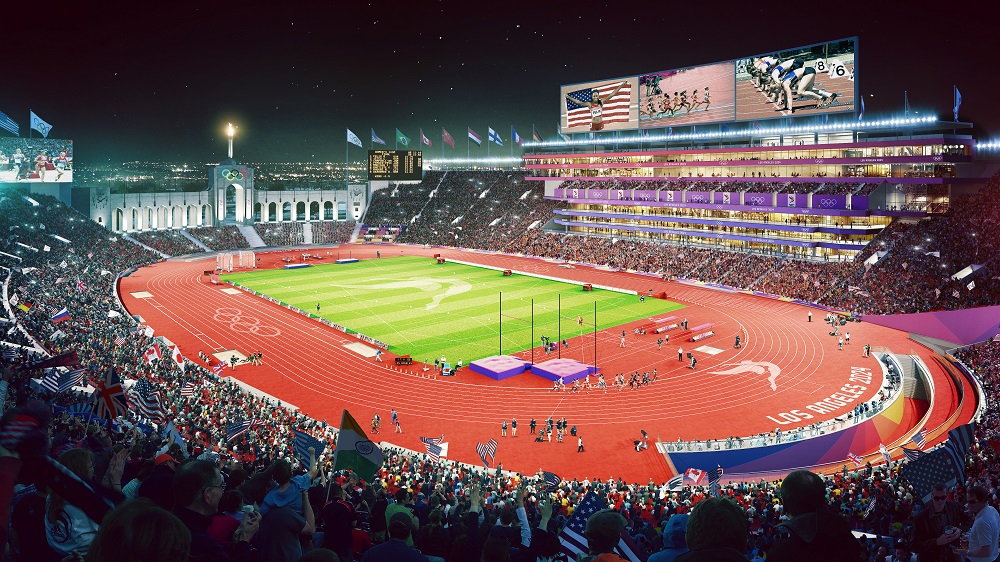 Following the recommendations contained in Agenda 2020 by the IOC, and its request that candidate cities must present projects closely adhering to their long-term social, financial and environmental planning needs, now, more than ever, ‘greenness’ will be a vital cornerstone of any winning Olympic bid. With this in mind, what new measures, techniques and approaches can we expect to see implemented from the 2024 cycle onwards?

The history of the Olympics is littered with what could be considered failures. Ghost town Olympic villages, redundant stadiums and a sheer lack of concrete evidence of genuine sustainability from previous Games, highlight some of the issues endured by previous hosts. It’s hardly surprising then that Boston, Budapest, Rome and Hamburg all pulled their bids for the 2024 games mid-race, fearing high costs and local opposition.

So, what will Paris and LA do differently?

“For us it is quite simple. Our vision is the most sustainable Games ever,” Paris bid co-Chair and member of the IOC’s Sustainability and Legacy Commission, Tony Estanguet, told the South China Morning Post in January. “We will also have low carbon installations for the rare venues we have to build and we will use specific materials to reduce the overall carbon footprint.” These claims are backed up by the Paris committee’s aims in their project program including:

In addition, architects, Populous and engineers, Egis, will mastermind the construction of 38 Olympic and Paralympic venues across Paris. Their masterplan will involve the use of a number of existing buildings in the city and see temporary venues installed in some of the capital’s most famous attractions. The Eiffel Tower and Champs-Élysées as well as the aforementioned River Seine will all become backdrops for events.

Central to the winning Paris bid is the idea of using existing infrastructure, more specifically, venues and temporary structures. Indeed, the only new major construction will be an aquatics centre. Crucially, these ambitions are echoed by the LA 2028 committee’s proposals.

LA 2028 has delivered a comprehensive sustainability program built on the concept of ‘radical reuse’. Essentially this idea focuses on the use of LA’s existing world-class venues, rather than creating any new permanent structures. Executive Director of Sustainability and Legacy, Brence Culp, told Global Construction: “Radical reuse is the core principle of the LA 2028 Sustainability Program. It refers to LA 2028’s plan that requires no new permanent construction. Every facility of our Games Plan, from sports venues, to the Olympic Village at UCLA, to the Media Village and other media facilities at the University of Southern California (USC), already exists, will exist independently of the Games, or will be temporary. This approach allows LA 2028 to avoid the environmental and carbon impact of the large construction projects typically associated with the Games.”