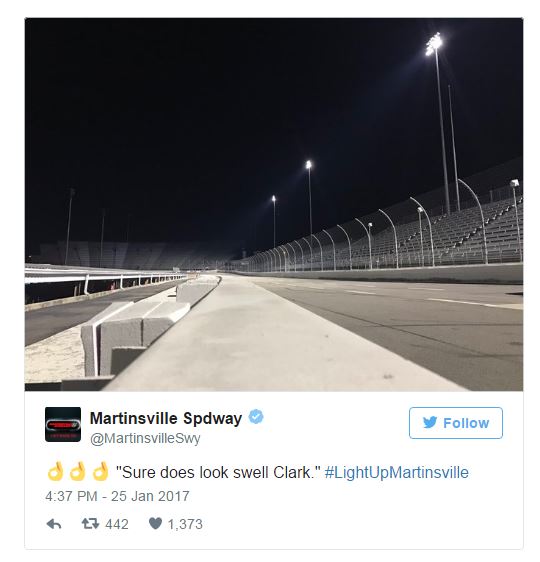 Let there be lights … at Martinsville.

The oldest track on the NASCAR circuit displayed its newest measure of modernization Wednesday evening by flicking on the LED lighting system installed over the offseason.

The 2017 season marks the 0.526-mile track’s 70th anniversary. At the initial announcement in October, the track indicated the project will use an estimated 750 lights mounted from both inside and outside the track.

The lights provide a measure of insurance on those rainy days in Virginia. And while no formal night races for NASCAR’s three national series have been announced, drivers were asked about the prospect of such an event at the Charlotte Motor Speedway Media Tour this week.