Beyond Cop26: Five core climate challenges for the sports industry

Beyond Cop26: Five core climate challenges for the sports industry 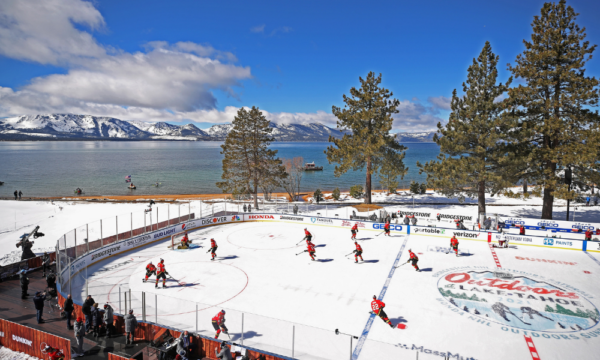 The UN Climate Change Conference has brought a flurry of carbon-cutting pledges within sport but the real work lies ahead. Here, SportsPro outlines some of the areas in which the industry will be working towards a better environmental future.

The 2021 United Nations Climate Change Conference, or Cop26, has been billed as ‘the world’s last best chance’ to prevent a multifaceted global catastrophe.

Scores of political leaders have spent two weeks in November meeting with pioneering scientists, activists, and delegates from energy providers and numerous other sectors in the Scottish city of Glasgow. They are pushing for a consensus on how and how quickly to decarbonise economies and prevent further environmental damage.

The headline target is 1.5°C – the tolerable upper limit for global temperatures to rise above pre-industrial levels. The planet has already been heated by 1.1°C and remains on course to get much hotter, fast, with the continued melting of the polar ice caps, warming oceans and rising sea levels, and an acceleration of extreme weather patterns among the grim consequences.

The current decade is pivotal and the response in Glasgow has been twofold. Cop26 has been a showcase for technological and practical innovations. Then there are the attempts to codify accountability through written commitments.

At government level, those pledges have featured a promise by 40 nations to phase out funding for coal power, one by the US and European Union to cut methane emissions by at least 30 per cent, and another by 140 countries to reverse deforestation – all by 2030. These negotiations are not all straightforward: the reluctance of China and Saudi Arabia to be fully transparent about economic data is being cited, at the time of writing, as an obstacle to a new worldwide emissions deal.

Nonetheless, the push for greater collaboration continues. In sport, there have been fresh signatories to the United Nations Framework Convention on Climate Change (UNFCCC), whose goals include reaching net zero carbon emissions by 2040 and a 50 per cent reduction in greenhouse gas emissions by 2030. Global soccer governing body Fifa, men’s tennis’ ATP, and the International Ski Federation (FIS) are among the latest to join the scheme.

More than 280 sports federations, including the International Olympic Committee (IOC), Fifa, World Sailing, The Ocean Race, Formula E and the organisers of the Paris 2024 Olympic Games, have also joined the UN’s wider Race to Zero campaign, which is urging businesses, public authorities and investors to reach net zero by 2050. 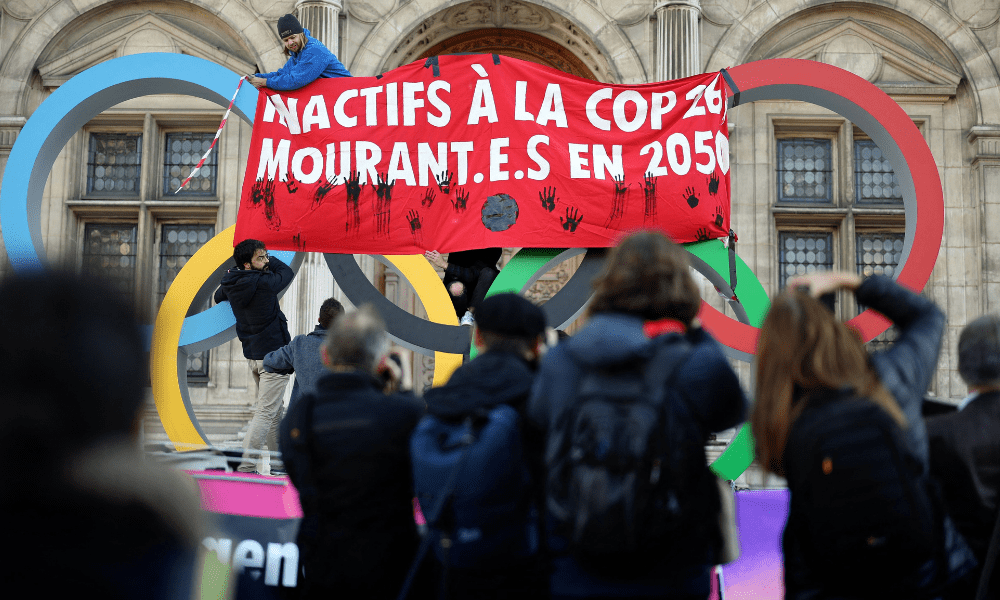 Those statements of intent are one thing but the reality, after Cop26, is that the hard work still lies ahead – not least as some assessments suggest the cuts agreed to date may not be deep enough. Any worthwhile progress will depend on a real overhaul in approach, with an emphasis on the big picture and the fine details.

Sport’s role in addressing the climate crisis has more than one dimension. David Goldblatt – the sports historian and author of a landmark 2020 report, ‘Playing against the clock: Global sport, the climate emergency and the case for rapid change’ – discussed the scale of the industry’s actual environmental impact during a recent virtual event from the Aspen Institute.

“No one’s done the full carbon audit yet,” he said. “But if you look at the estimates for the economic output of the global sports industry, it’s around US$500 billion to US$600 billion, which makes it around 0.8 per cent of global GDP. On the one hand, clearly sport is not as carbon intensive per unit of economic activity as something like concrete manufacturing.

“But then it’s probably rather more carbon intensive, given the amount of transport that it generates, compared to many other sectors. So let’s say it’s somewhere roughly in the middle – around 0.6 to 0.8 per cent of global emissions. And that is without including the sportswear industry, who have very considerable emissions.”

In other words, sport can do better and can set a standard by outperforming other sectors. Its cultural reach is many times greater than its financial scale, and it is also at the centre of an influential buying network.

In the medium term, any well-calculated move towards more efficient, sustainable business models should be visible at the bottom line. Even in the immediate term, there are rights holders reporting that a more ecologically conscious outlook is attractive to brands repositioning their own strategies.

“We have seen a real uplift in interest in our brand because of our sustainability focus,” says Anne-Cecile Turner, the sustainability director at The Ocean Race, in a November email interview with SportsPro. “I think the commercial advantages come by being authentic and open to collaboration, and this is what businesses engaging in true transformation have an interest in. A key part of the strategy is also being open to new technologies and innovations, allowing partners to truly integrate with the race and showcase and demonstrate best practice through their partnership.”

Delivering lasting change, however, will mean assessing sport’s effects on the climate, and vice versa, across a range of interconnected factors. 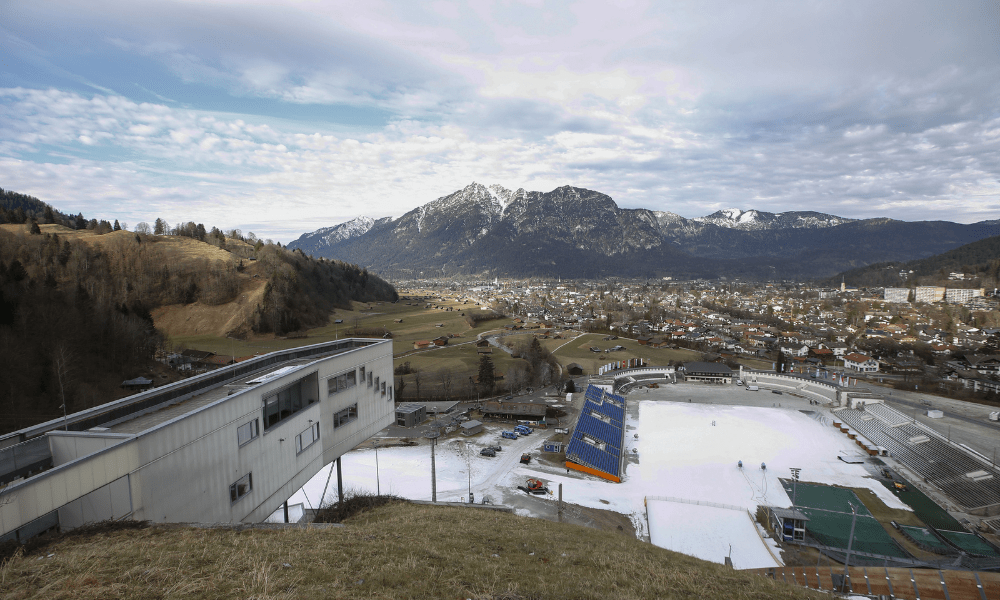 Published on behalf of the Rapid Transition Alliance last June, Goldblatt’s report was striking in outlining how far sport is already bearing the wounds of climate change.

In the weeks before the Covid-19 pandemic took hold, the Australian sporting summer of 2020 played out under massive clouds of smoke. These were the result of annual bush fires that had accelerated out of historic proportion. Australia is expected to suffer through more extreme heat in the summers ahead: a 60 per cent rise in the number of 40°C days could lead to changes in the cricketing calendar by 2030, with the traditional Boxing Day Test in Melbourne moved to a cooler part of the year if temperatures start hitting peaks of 50°C. The number of heat-related stoppages is already on the increase at the Australian Open tennis tournament.

Even in comparatively moderate climates, there are profound challenges ahead. Goldblatt pointed to the estimated risk that 23 of the 92 professional soccer clubs currently playing in the Premier League and English Football League (EFL) can expect partial or total annual flooding of their stadiums by 2050. That threat is present across a whole range of low-lying and coastal regions and can be multiplied across community facilities, many of which are experiencing losses of play and more lasting damage already.

The upshot of this is that organisers may need to start thinking further about where and when they host their events, working creatively to avoid putting even more strain on overstretched calendars. The preparation of playing surfaces will become a contentious issue, particularly in sports like golf which require large quantities of water and other resources.

Cricket was identified in 2017’s Game Changer report as the most climate-vulnerable outdoor pitch sport. As Tanya Aldred outlined in a recent piece for the BBC, many of the countries in which it is played at the elite level – Pakistan, India, Sri Lanka, Bangladesh, South Africa and across the Caribbean – are on at-risk latitudes. Pollution, drought and hurricane damage have all affected major fixtures. Former Surrey CCC chief executive Richard Gould is among those to have wondered aloud whether synthetic outfields are in the game’s future.

The picture is just as stark in winter sport. Researchers at Canada’s University of Waterloo have predicted that only ten of the 19 former hosts of the Winter Olympics will be naturally viable winter sports centres by 2050, and only six by 2080, if current trends continue. That brings further social and economic complications for communities in those regions. The artificial creation of snow and ice presents its own ethical dilemmas in that context.

This also layers on longer-term difficulties. Speaking to SportsPro in November, Green Sports Alliance executive director Roger McClendon explains how the disappearance of natural, playable ice from frozen lakes in North America is severely limiting grassroots access to ice hockey. That has a knock-on effect on talent and fanbases even in traditional heartlands, which demands a nuanced response from the National Hockey League (NHL).

“These are all risks. When you think about it, really, what we’re talking about is risk within our business. That’s why this is broader than sports. Everybody’s talking about it because it’s risk mitigation, and that you’re really trying to get away from it because it’s gonna cost you something. If you let it happen to you, you might not have a business tomorrow, right?”

These compound factors are why campaigners and consultants increasingly recommend a more rounded view of sustainability, which advances social and community-based solutions alongside emissions-focused processes.