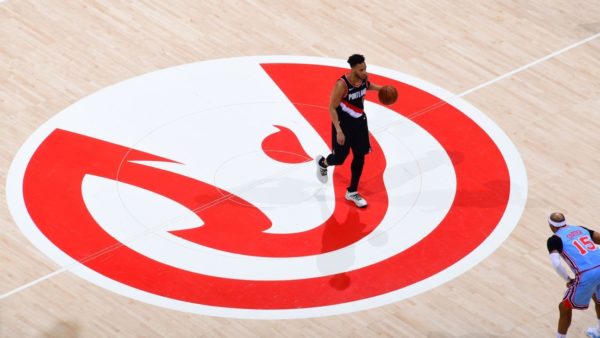 The Fulton County Registration and Elections Board approved a plan by the Atlanta Hawks to transform State Farm Arena into a massive polling station for Georgia’s primary runoff election on Aug. 11 and early voting for the general election scheduled for Nov. 3.

The idea was hatched during the weekend after the killing of George Floyd, when the focal point of protests in Atlanta was just outside the Hawks’ home arena. Conversations among Hawks head coach Lloyd Pierce, CEO Steve Koonin and majority owner Antony Ressler quickly coalesced around the idea of turning the playing floor into a voting location.

“We were casually brainstorming since our whole world turned about what we can do internally as an organization,” Pierce said. “We were trying to figure out how we can take care of home first, and [Koonin] pitched the idea.”

After taking two weeks to examine the facility’s capacity to host both early and election day voting in summer and fall, the Hawks brought the idea to the Fulton County Commission, which provides funding for the county’s registration and elections board.

“It took me about a nanosecond to understand what a big deal that would be for us here in Fulton County running this upcoming election, given the challenges that we had,” Robb Pitts, chairman of the Fulton County board of commissioners, said.

Polling sites in the Atlanta metropolitan area, particularly in predominately African American precincts, were beset by logistical problems during the primary election on June 9. Watching Georgians endure waits of several hours to vote led the Hawks to believe their plan could bring efficacy to a system that lacked it.

“Making State Farm Arena the safest, most efficient and largest polling location in Georgia — and maybe the country — we thought was a really cool idea that helps Atlanta be a model for a great voting experience rather than what hasn’t, shall we say, been a model recently,” Ressler said.

Neither the Hawks nor Fulton County could offer a target for the number of voting machines they planned to house at State Farm Arena, though the Hawks said the expectation is several hundred. The building, which has an interior of 680,000 square feet, includes a practice floor, several clubs and dozens of suites, all of which could accommodate voters.

Much of that square footage will be used to account for the coronavirus. Voting machines that might typically be arranged inches apart will be set at least 6 feet apart. Lines to vote on the game court will begin at the portals in the main concourse and descend down the aisles of the lower bowl to the floor, with voters following social distancing practices. Given the size of the arena, many ancillary functions required on election day, such as tabulating absentee ballots, will be performed on site.

Ressler offered a tongue-in-cheek suggestion that if the Hawks wanted to maximize turnout at the State Farm Arena location, the team could host an open court practice as voters file into the building and cast their ballots. He was politely told that such a setup wasn’t practical. He nevertheless anticipates that Hawks players will be active in the get-out-the-vote effort in Fulton County.

The Hawks have volunteered to pick up the expenses for the voting facility, including compensation for 300 full-time State Farm Arena employees and several hundred who work part time. Vehicles with voters will not be charged for parking.

In addition, State Farm Arena will serve as one of 19 polling locations that will offer early voting for a 19-day period prior to Election Day in both the runoff and general elections.

“Adam Silver says that arenas should be town halls or public squares for the city they serve,” Koonin said. “This was something that was one of those ideas that was so obvious, you asked, ‘Why hasn’t anyone done it before?'”

Pierce, who has played a lead role on the National Basketball Coaches Association’s committee on racial injustice and reform, plans to discuss the initiative on the weekly call of the NBA’s head coaches.

“The focal point tonight is what the coaches can do in Orlando to keep this conversation alive and use our voice and our platform in unity,” Pierce said. “But being able to address the group and show them this initiative was really not hard to process. We reached out to the county, and they were on board. The next thing you know, we’re the first city to have an arena host a voting site. So I really want to encourage all the other 28 other coaches.”

Pierce added that though the 29th coach, Toronto’s Nick Nurse, can’t help develop a polling site at Scotiabank Arena, he has been helpful in encouraging American expatriates in Canada to complete voter registration and obtain absentee ballots.

“When we saw what we saw on June 9, it was extremely clear that we have a real issue in the state of Georgia and especially here in Atlanta,” Pierce said. “And we felt we had an opportunity to do something special. It was encouraging that we were able to think outside of the box and speak this idea into existence.”