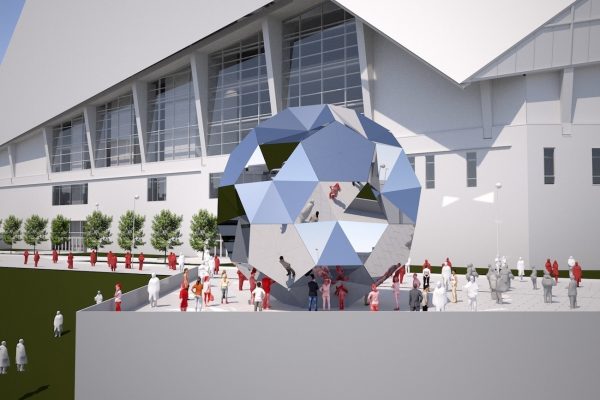 The White House Office of Science and Technology Policy is taking notice, praising and recognizing the sustainability efforts of the stadium last week. In a push to achieve the LEED Platinum certification, the Atlanta Falcons are constructing their upcoming venue with the environment in mind and are on the path to have the first NFL and MLS stadium to earn that distinction.

“From inception, Arthur Blank challenged us to make Mercedes-Benz Stadium one of the most sustainable buildings in sports,” Mercedes-Benz Stadium general manager Scott Jenkins said in a statement, referring to the Falcons’ owner. “We’re proud to say that we are achieving our goal by implementing innovative solutions that will allow us to be the first professional sports stadium to achieve LEED Platinum status.”

The stadium will be the first of its kind to achieve all water credits available via LEED, but it does not stop there. A retractable roof and LED lighting throughout the stadium are among other environmentally valuable additions will also be on display.