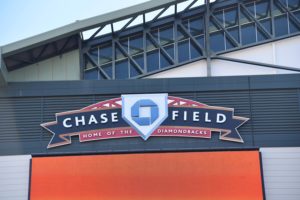 The Green Sports Alliance has recognized 10 individuals and organizations with its Environmental Innovators of the Year award and among those included for their sustainability efforts is Major League Baseball’s Arizona Diamondbacks.

The D-Backs received the award as a result of initiatives such as adding 200 new recycling bins, increasing recycling tonnage by 170% (314 tons recycled per year), and introducing eco-friendly hand dryers that replaced 350 miles of paper towels and low-flush toilets and urinals to reduce water use by 50%.

In addition, the D-Backs partnered with Levy Restaurants to donate 9 tons of food to a local shelter and teamed up with UnitedHealthcare to develop a vertical garden on the exterior of the ballpark, donating fresh produce to Kitchen on the Street, a non-profit organization that aims to eliminate child hunger.

The awards, which are now in their seventh year, celebrate the sports greening movement, and the other nine organizations that were given the coveted accolade were: Aramark, BASF, Hampton Farms and the Kansas City Chiefs; Greg Martin of Martin Design Partnership; Melbourne Cricket Club; Raka 7s Rugby Tournament; Sacramento Running Association; US Bank Stadium; University of Texas Austin; University of Washington Department of Athletics; and Vegan Night with the Pittsburgh Pirates and PNC Park.