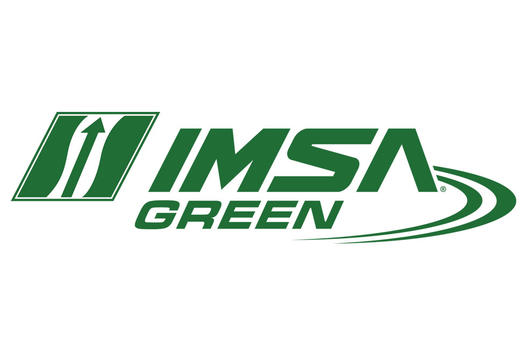 When you think of motorsport, you probably don’t associate it with being environmentally aware. But there are actually racing series that take the concept of reducing carbon emissions quite seriously. Obviously, there’s Formula E, which races electric cars powered by biofuels. But well before Formula E was a thing, there was the American Le Mans Series. Back in 2008, the series partnered with SAE International, the US Department of Energy, and the Environmental Protection Agency to create the Green Racing Challenge, a race-within-a-race that looked at energy consumption and carbon emissions as well as sheer lap time to determine who went the farthest, fastest, and most cleanly.

The program survived the 2013 merger between the ALMS and another series, Grand-Am, but sadly came to an end of sorts in 2016 when the series aligned itself with a Le Mans rulebook that mandated E20 rather than cellulosic E85 as the gasoline/ethanol blend of choice. But the hiatus is now over. “We’re getting the band back together” said Scott Atherton, president of IMSA (International Motor Sports Association), the sanctioning body that runs what we now call the WeatherTech Sportscar Championship. “We were the first racing series to form partnerships with DOE and EPA, and we’re making IMSA a leader in reducing the environmental impact of our sport,” he said at a press conference held at this year’s Detroit Grand Prix at the end of May.

Green racing is an actual thing

In the past, the Green Racing Challenge was only for one of the GTLM class, contested by road-based machines like Corvettes, Ferraris, and Porsche 911s. Now, the goal is for the entire series—which sees a mix of DPi prototypes, GTLM cars, and the more amateur-friendly GT3 versions all race together—to achieve Green Racing Cup status. Yes, that’s actually a thing. In 2014, SAE published green racing protocols to ensure that efforts such as these have some meaningful impact. It’s a technical manifesto that I think many here would be on board with, as laid out by its mission:

Green Racing uses vehicle competitions to promote and accelerate the use of advanced technologies and renewable fuels. This results in increased availability and acceptance of cleaner and more efficient vehicles in the marketplace worldwide. Green Racing provides exciting and engaging entertainment and a versatile communications platform that attracts growing numbers of fans and sponsors, while presenting industry and the fan base with a path to sustainable personal mobility worldwide. These recommendations also extend to the environmentally-sensitive operation of motorsport facilities and off-track team operations.

The protocols lay out differing levels of commitment (core, enhanced, elevated, pinnacle) and five different elements (propulsion systems, fuels/energy carriers, energy recovery, improving efficiency, emissions reduction) to create a matrix that could be applied to any of the hundreds of disparate racing series.

IMSA’s WeatherTech series is going great, but where does it go next?

Part of the announcement confirmed one of the worst-kept secrets in racing. As expected, in 2022 the DPi class will indeed add a hybrid powertrain component—something we first reported at last year’s Detroit race. However, this will almost certainly be some kind of standard or spec system to avoid the eight- or nine-figure annual budgets that were necessary to fund development of the 1,000hp hybrid prototypes that gave the World Endurance Championship its brief golden age. (I’m actually of two minds about this one. Budgets have to be kept in check, but using a spec hybrid system undermines any potential claim to be facilitating technology transfer from track to street.) Further down the road, Atherton suggested that there could well be a role in IMSA for electric touring cars or even electric prototypes in the series.

It’s more than just the cars

In addition to hybrid DPi cars, Atherton revealed that IMSA’s current tire partner, Michelin, and its fuel supplier, VP Racing Fuels, will be working together as part of the program. “We want to reduce tire use to deliver an environmental benefit equal to the carbon footprint of on-track activities,” Atherton said, adding that VP will be showcasing an advanced fuel with an increased renewable content as well as increased octane. “It will effectively foreshadow the fuels we’ll be using in the future in road cars,” he said. However, there’s no specific calendar yet for the introduction of this new fuel. “It will depend on when next-generation consumer fuel becomes a commitment and a plan. We have meetings set up in June to sit down with partners to define that. Ideally would be with introduction of the next-generation DPi, but that seems very aggressive today,” he said.

Getting to know the 1,000hp hybrids of the World Endurance Championship

At this point, some readers might be angrily preparing a comment to point out that a race series’ carbon footprint is much larger than just the race cars burning fuel on track. Atherton agrees, and he wants cleaner power in the IMSA paddock. “I want to get rid of the small diesel generators at the track, they’re a particular bugbear of mine,” he told me, adding that the series would be talking to Formula E about its experience with running its paddock on renewable energy. “We don’t want to mandate generators, because it comes down to availability. But how about synthetic diesels that teams could use with rental generators?” he suggested.

Finally, there’s the carbon impact of the teams and fans getting to and from each event. Before any mandatory carpooling gets introduced, the plan is to improve the efficiency of the logistics that send teams cross the country over the course of the season. To that end, IMSA is becoming an affiliate of EPA SmartWay program, which helps companies make their freight and supply chains more efficient. “That’s a successful program for us that has thousands of partners across the country that help work in really improving freight efficiency, the protocols that are associated with that, the reporting obligations, the best practices, all of those things IMSA can really help us improve,” said Karl Simon, director of the EPA’s Transportation and Climate Division. “We’ll look for areas where there are benefits great and small—we have to find the areas where we can make a difference,” Simon said.