American Football Colleges Battle it Out for Recycling Title

American Football Colleges Battle it Out for Recycling Title 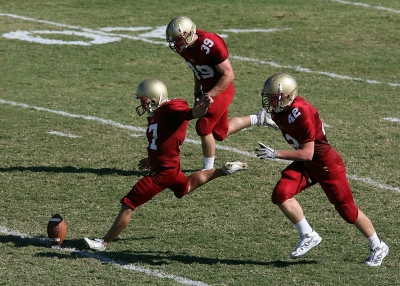 American football is known to be fiercely competitive on the field, but a new recycling challenge has been able to direct that rivalry off the field towards sustainability.

The GameDay Recycling Challenge was set up by conservation charities and the US Environmental Protection Agency to engage American football fans in a game of recycling.

The challenge involved 70 colleges and universities from across the United States, and reached an estimated 8.7 million fans at 181 games throughout 2017.

The Keep America Beautiful charity, which helped organise the competition, reported that these colleges helped recycle over 1.5 million pounds of material on game days during the autumn season. This helped prevent the release of 2,410 million tonnes of carbon dioxide equivalent.