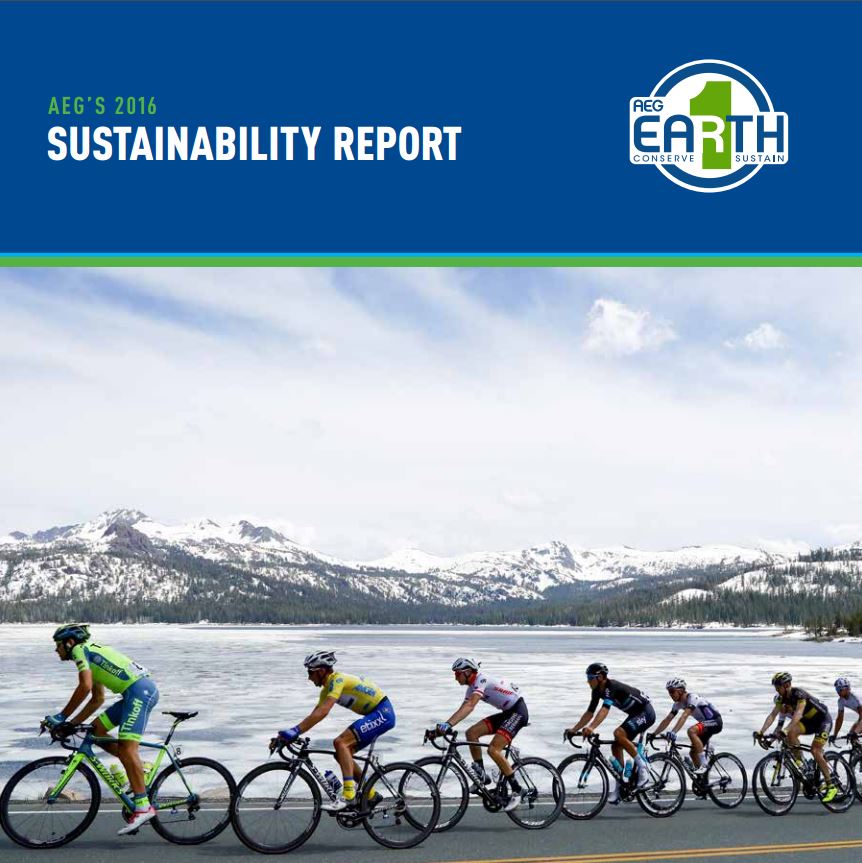 The announcement underscores AEG’s continued commitment to reducing GHG emissions and its environmental footprint.  Overall, the company has reduced annual GHG emissions by 13% at sites that have been in its portfolio since 2010 — the equivalent of taking 3,200 vehicles off the road.

In its 2016 sustainability report, AEG outlined its progress towards the company’s new set of 2020 Environmental Goals that are based on performance metrics collected from its worldwide venues, festivals and offices.  The new goals will help ensure AEG is making meaningful and measurable reductions to its environmental footprint.

The company’s 2020 goals are as follows: