Adidas has recycled 1.8 million plastic bottles to build a sustainable American Football Field in Miami with long-term partner Parley for the Oceans. The sustainable field was made from plastic bottles sourced from remote islands, beaches, coastal communities and shorelines, preventing them from going into the ocean.

The apparel company donated the field made from upcycled plastic waste to Miami Edison High School in the U.S. which has produced several current and former NFL players. Adidas says the pitch is a testament to their commitment to the goal of preventing plastics from polluting the ocean.

Cameron Collins, Director of Football – North America, Adidas, said: “We believe that through sport we have the power to change lives, and this field is a demonstration of our taking action on that belief. More than a place for these young athletes to play, it’s a reminder of our collective responsibility to end plastic waste.”

Standard turf fields used in the sport are constructed with a large amount of virgin plastic and re-ground rubber, unlike traditional grass pitches. Adidas transformed recycled plastics, which were washed and treated, into infill – small pellet-like pieces of plastic that ensure the performance and safety of the pitch by promoting underfoot traction and providing cushioning for falling players. 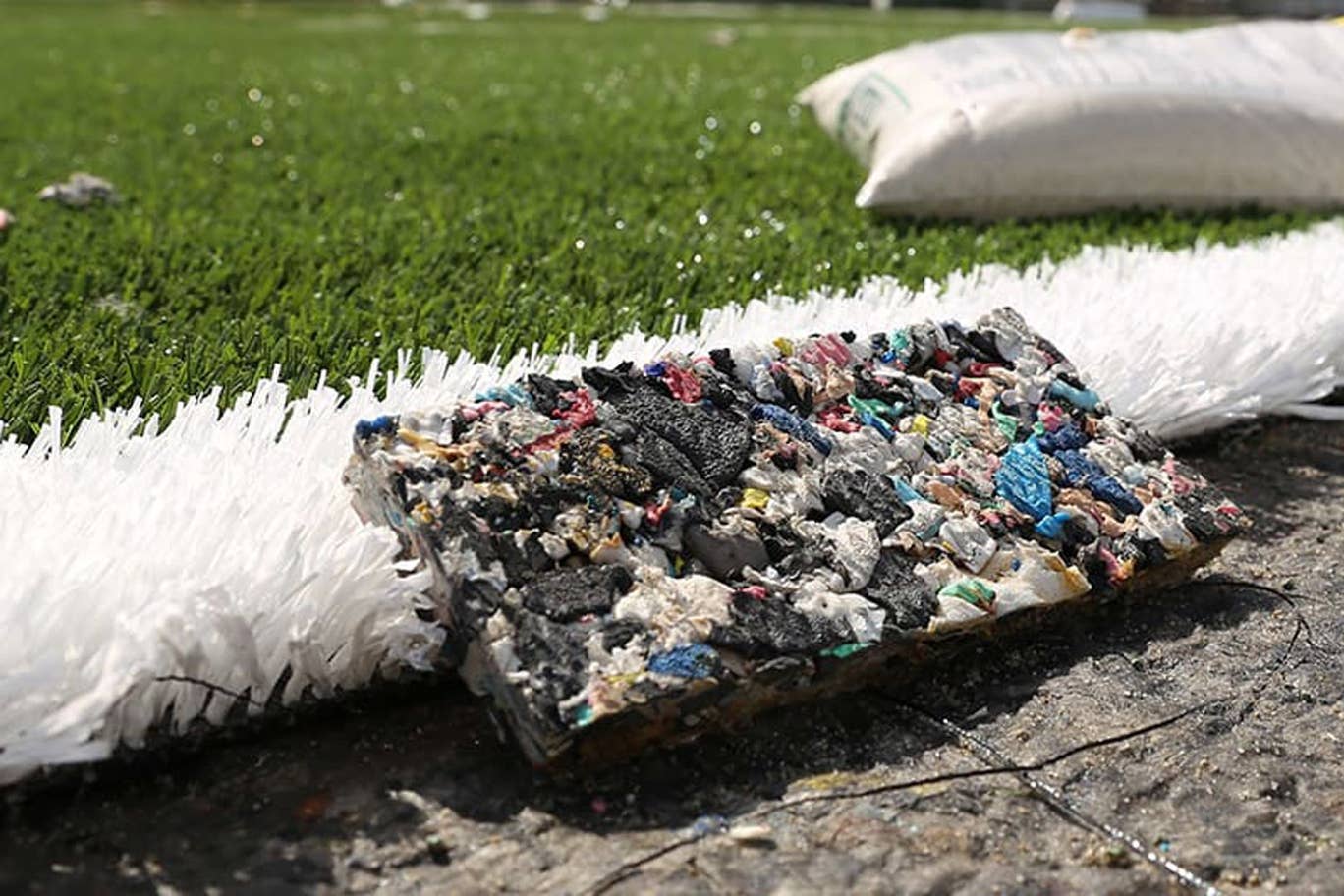 After teaming up in 2016, Adidas and Parley, a non-profit that works to protect the oceans, have produced millions of pairs of eco-friendly shoes created entirely from plastics recovered from the ocean. They also launched a limited-edition capsule collection featuring football cleats, running footwear and training apparel made with ocean plastic.

In addition, Adidas and Parley partnered with the University of Miami to open North America’s first Academy for the Oceans to increase awareness about “environmental stewardship and sustainability with the community.”