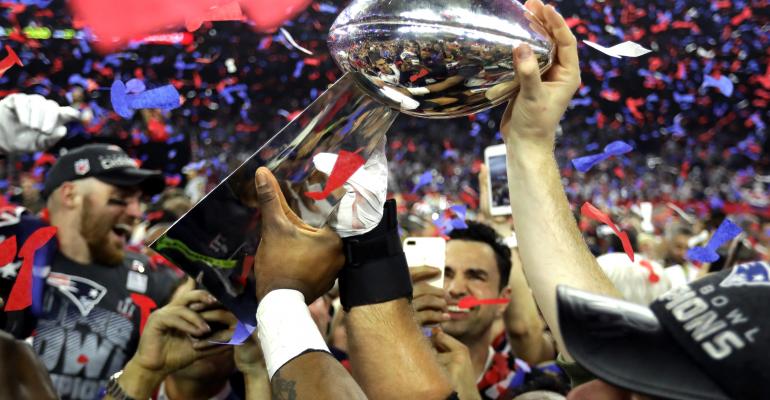 Millions of sports fans (and entertainment fans) tuned in to watch Super Bowl LI yesterday, which concluded with the New England Patriots victory over the Atlanta Falcons in a first-ever Super Bowl overtime. And while those fans were busy munching on tasty snacks, drinking refreshing beverages, cheering on their team and catching up with friends and family, the NFL and the staff at NRG Stadium in Houston were working to divert as much waste from landfill as possible.

In preparation for the big game, approximately 150 new recycling bins were placed throughout NRG Stadium, and about a dozen local agencies were recruited by the Houston Food Bank to help capture unserved, surplus food from the stadium.

Additionally, NRG Energy Inc. and its subsidiary Reliant partnered with the NFL to provide 100 percent Green-e certified renewable energy to NRG Stadium for a certain time period before, during and after the big game.

“As the official electricity company of NRG Stadium, we are proud to support the NFL and Houston by powering the largest U.S. sporting event with renewable energy certificates together with the onsite efficiency and renewable energy solutions,” said NRG Vice President of Sustainability Bruno Sarda in a statement. “At NRG, we want fans to benefit from sustainable solutions and together with the NFL, we can demonstrate that even a huge event like the Super Bowl can significantly reduce its energy usage.”

These sustainable efforts by NRG and its partners go hand-in-hand with its everyday goals to divert more material from landfill and to make its venues more sustainable.