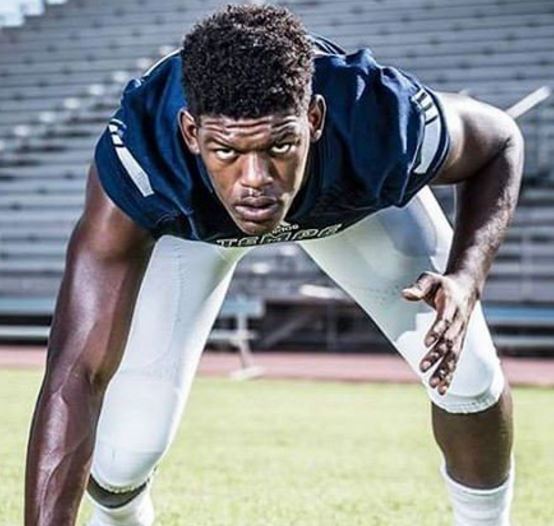 And he’s pretty chill about it.

“It can put a target on my back,” Johnson told the Arizona Daily Star. “But whatever.”

Johnson, who was named one of the best defensive players in Arizona his senior year, is so comfortable with being out, because it’s not anything new to the 17-year-old. He’s been openly gay since he was 12, and he didn’t want to hide that fact from teammates. “I’m a very honest person,” he said. “I just don’t see how I could be living an honest, truthful life and have that in the background.”

And his friends and teammates have supported him along the way. “I love how open he is,” Alfonso Arispe told the Daily Star. “He doesn’t care because he’s focused on what he’s doing, and he’s focused on himself. Clearly, it shouldn’t affect anyone else, but no matter what, he doesn’t care about that. It doesn’t bother him one bit.”

There’s hopes he can excel enough to make his way to the NFL, because while great strides have been made in advocacy for LGBTQ athletes, there hasn’t been an openly gay athlete in one of America’s four major sports leagues (NFL, MLB, NBA, and NHL) since Jason Collins played for the Brooklyn Nets in 2014 after coming out in a cover story for Sports Illustrated.