Earth Hour is an annual event designed to engage millions of people worldwide on a broad range of environmental issues. Individuals, communities, households, and businesses are encouraged to turn off their non-essential lights for one hour as a symbol for their commitment to the planet. Each year, more than 7,000 cities show their support for environmental issues by participating in Earth Hour. 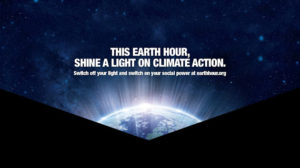 “We’re thrilled to have so many AEG facilities participating in Earth Hour again this year,” said John Marler, AEG’s Senior Director of Energy and Environment. “It’s a testament to our global commitment to reducing our environmental impact and using our platform to raise awareness of important environmental issues.”