49ers and Levi’s® Stadium Partner With Incogmeato® by MorningStar Farms®

49ers and Levi’s® Stadium Partner With Incogmeato® by MorningStar Farms® 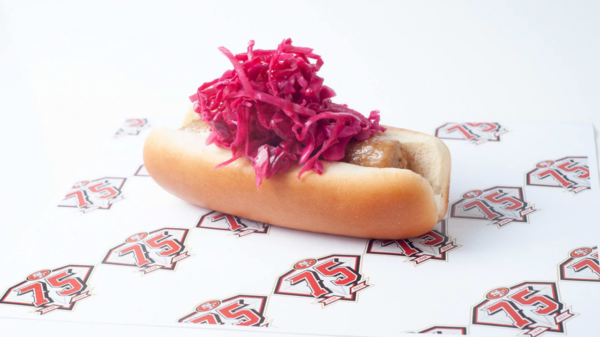 San Francisco 49ers games at Levi’s® Stadium this season will feature a new way for fans to tackle hunger as Incogmeato and MorningStar Farms have been named the first-ever official plant-based protein of the NFL franchise.

The in-stadium experience keeps getting better at the home venue of the 49ers, with a new menu of next-generation plant-based protein that looks, cooks, and tastes just like the real thing. From sizzling burgers to brats and sausages, fans can find these plant-based proteins throughout the stadium on the member-inclusive menu and at the Incogmeato kiosk in the Zenni Zone on the upper concourse. For fans at home, it’s easy to re-create their Levi’s Stadium order with a backyard barbecue roster of Incogmeato stadium favorites that score extra points for flavor, all without the meat.

Not only is Incogmeato and MorningStar Farms partnering with the 49ers to bring delicious plant-based protein menu items to Levi’s Stadium, the brands are also continuing their commitment to making plant-based protein more accessible to all with this exclusive team partnership. An estimated 1 in 8 Americans are expected to face food insecurity in 2021, and food banks are experiencing a protein shortage. Incogmeato and MorningStar Farms, along with the 49ers and Feeding America, is helping to close the protein gap at food banks. For every field goal the 49ers score, the brands will donate 30,000 Incogmeato Chik’n Tenders — up to one million tenders — to Feeding America food banks in the Bay Area.

“We are proud to be the official plant-based protein of the San Francisco 49ers and Levi’s Stadium. What you eat on game day is almost as important as the action on the field, so that’s why our partnership is key to delivering what flexitarian 49ers fans want: all of the flavor with none of the meat,” said Heidi Ray, Marketing Director, Plant-Based Protein Category of Kellogg Company. “Ensuring plant-based protein is accessible is an important initiative for us, so we are thrilled to be partnering with the 49ers and Feeding America this season!”

“We are always looking for ways to bring our fans, our community and a premium food experience, together,” said Kevin Hilton, 49ers Vice President of Corporate Partnerships. “That’s why, partnering with Incogmeato and MorningStar Farms is a touchdown for not only our fans craving a delicious alternative to meat, but for those facing food insecurities in our region.”

Hungry fans don’t have to wait until they’re inside Levi’s Stadium to give Incogmeato a try. Find MorningStar Farms and Incogmeato at leading retailers like Safeway throughout the Bay Area and across the country.