What He’s Currently Working On: It has been a crazy couple of months. I just started a new role as Engineering & Sustainability Manager for the Golden State Warriors, after leaving a Sustainability Operations role with the Portland Trail Blazers. Since I started, I have been working strenuously to prepare our new Chase Center arena for its grand opening in September. Despite the long work days, it’s incredibly exciting to be a part of a project that is not just looking to operate the best sports and entertainment venue in North America — but is also looking to make it positively impactful for our people and planet.

To illustrate this commitment, I am proud to say that one of my first big projects recently came to fruition. The Warriors/Chase Center is the first NBA organization to become signatories of the UN Sports for Climate Action Framework and commit to the goals set out by the Paris Agreement. Continuing to set the bar high for sports and entertainment to make a positive social impact across its wide sphere of influence is why I work in this industry, and I look forward to what more Chase Center can do once it starts fully operating later this year! 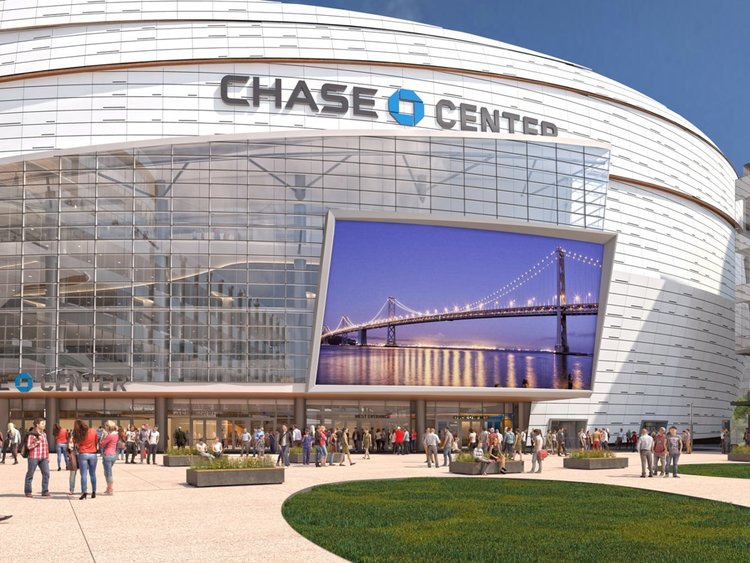 A render of San Francisco’s Chase Center, the new home of the Golden State Warriors.

1. What was the “aha” moment that sparked your interest in social impact?

I recall a very specific moment in 2015 when I was a young aspiring physicist working as a laboratory coordinator at the University of San Francisco. My friend nonchalantly asked if I knew about how my home island of Guam will go underwater in a few centuries due to sea-level rises caused by climate change. As a Chamorro (indigenous Guamanian) who was born and raised on Guam for the first 18 years of my life, I knew right then that mitigating that effect would be my lifelong goal. It might have been due to unfortunate reasons, but that instance became one of the most memorable and exhilarating moments of my life — knowing that I would be working on something that I could wake up proud to do every day for as long as I live.

2. How did you break into the social impact space?

It was really through happy happenstance when I was in graduate school, getting my Masters in Green Technologies at USC’s Viterbi School of Engineering. The homepage when I logged into my school account had an online job board posting about a Disney Professional Internship within Corporate Citizenship – Environmental Assessments. I ignored the post for a month, and it was only on a later vacation in Amsterdam that I gave the company a second look and realized the full scope and impact of what I would be doing. I applied from overseas, got the job and learned everything I know now about utilizing data science to measure environmental and social impact across the globe.

I truly thank my scientific background for the success I’ve experienced today, and I always advise people to either learn from or involve people who know how to tell stories with data on their projects. It’s one thing to start or manage a program, but it’s a totally different thing to be able to say you made an empirical impact, especially when making a business case to your upper management team.

3. What most excites you about social impact these days?

1 — The intersection of sports and sustainability is currently in its third phase. Phase 1 focused on venue sustainability, mainly through LEED certification. Phase 2 focused on extending the boundaries outside the lines of the arena and making a positive community impact. And now phase 3 – empowering those who do not have the resources to fight climate change, especially those most affected by it – is starting to catch on as a legitimate course of action for teams to undertake.

2 — Businesses are becoming more and more aware of their outdated habits. Simultaneously, more and more organizations are arising who are dedicated to helping businesses utilize social filters in their spending. For instance, whether you want to support an MWESB (minority-owned, woman-owned, or emerging small business), a B-Corporation, or a group that is part of the 1% For the Planet movement, there are many resources out there that allow almost every business decision to be filtered for positive social impact someway, somehow. I truly believe one day businesses will be able to make the majority of their decisions utilizing the social filters that are important to their organization.